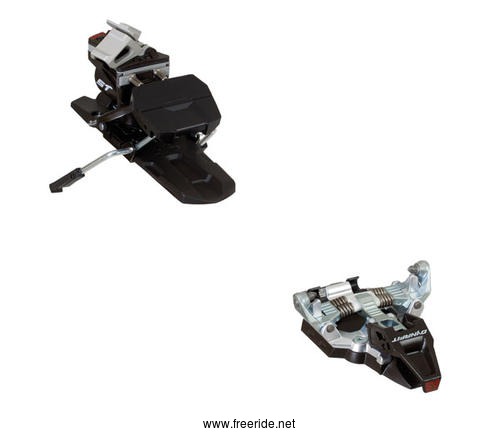 Svante (Guest)
Note! This text has been translated by Google Translate.
Show original

I would like to complete my own review above. After various complaints, it has been found that the binding is not fully compatible with the pants I use, K2 Pinnacle (this according to Dynafit). Famous German online store avoids liability with reference to the fact that I did not mention which pants I have (which is not correct when I explicitly mentioned it in my order). Can only congratulate everyone for whom Radical ST works, I do not get other pants for the sake of binding myself.

Svante (Guest)
Note! This text has been translated by Google Translate.
Show original

Strenghts:
Easy to do.

Weaknesses:
In practice, does not work on wider skis. Just if you're easy and really soft in your ride, you can even consider using them on a 100mm ski (not to mention broader).

Summary:
My first tech bindings, so I thought I did something wrong when they only settled in normal piste. They are mounted on Black Crows Corvus with 108mm at the waist. I usually go both fast and aggressively, but also the skis were new so I took it a little cautiously. The skis only loosen, even after I tighten them to the max. Works safely for narrower touring skis (as evidenced), but becomes fatal if you want to go offpiste with wider skis. Like selling a car with paper belts and air balloons like airbags. And if you think this opinion is based on pur incompetence and user error, everything has been tweeted with the best expertise. That's said to be okay on traditional narrower touring skis, but should be criminal to wander on broader layers.