Ischgl might actually have the world's best after ski and if that's not enough, there is also very impressive nightlife going on until morning time, in addition to regular live concerts. The list of world performers who have put on a show at their yearly season opening, Easter or end of season concerts called "Top of the Mountain" is huge. Ischgl also belongs to one of the largest ski areas across the Alps, and maybe even the world, which makes it even more of a success. It is probably a combination of a fantastic after ski, magnificent mountains and world class skiing that have made Ischgl such a big player in such a short time.

The village itself is no "sell-out", but has retained its classic Tyrol style. However, there are elements of modern design, such as the lift system and other infrastructure. Modern infrastructure in this village is very appreciated as it is not always preferable to live along the main street in a city known for its nightlife.

Spencer (Guest)
Note! This text has been translated by Google Translate.
Show original

Certainly the absolute best ski resort I've been to! Have been here three times and we have had between 35cm pillows for 1.5m pads overnight. Aftershine must also be one of the world's best!

Pontus (Guest)
Note! This text has been translated by Google Translate.
Show original

Ischgl!
Superbly good lift system with new nice lifts!
Not a liftkö v. 9 sports license!
With some luck there is a lot of lift-off offpiste!

hellbarber
Note! This text has been translated by Google Translate.
Show original

Have been in Ischgl 3 times now and think it's great. Great system and easily accessible off piste. We have been lucky all the time so far and have both snow and sun which, of course, makes the score a little extra. I dare say there's something for everyone here, except possibly those super-brilliant giants with a 25-meter drop. There's everything from simple pist to steep, leaky black pistes and fun playful off piste. The village has a classic Austrian range of restaurants and a damn draw on the after skin for those who are looking for it (very much "tyroler-techno"). The feeling is that many go here for good slopes and to fasten hard. That makes us who like to get up on time and go skiing have nice mornings with some people in the slopes and relatively untouched off piste. In the afternoon, on the way down into the village, it may get quite crowded, but it's good to get the furthest out of the carriage down and put an 11 if you are in a hurry.

Filipe
Note! This text has been translated by Google Translate.
Show original

Lovely place with many slopes to choose from. A great way to explore the different slopes is to follow the ready-made routes on the map to the lift system. Clearly one of the best resorts in Austria in terms of skiing and afterski. Highly recommended!

lanne
Note! This text has been translated by Google Translate.
Show original

Lovely skiing with beautiful slopes. Sorry for the afterski on the slopes, but down the village there is!

Was there Easter -15 with 4 guys and had a cannonball ride.

This place suits you who want a beautiful ride, a beer in the hill while the slopes are open, but maybe not for those who want to stay there until it gets dark!

Went with STS Alpresor to Ischgl v.9 2016 and I was pleasantly surprised. Was really supposed to go to Champoluc but it did not happen for different reasons, so icechgl became a second choice. Therefore, my expectations were not particularly high. But this was a really good week. The trip was convenient with direct flights from Arlanda to Innsbruck and about 1.5 hours bus ride. The village was very nice. Many nice hotels and nice buildings. It was also really nice atmosphere and pretty good party life. The lift system was state-of-the-art, comfortable and fast, and easy to get to all the different places. In neighboring Samnaun there were. A cabin on 2 floors. I had a lot of luck with the weather. It was good with snow and the sun was coming a couple of times. The slopes were tall, wide and nice ceilings. There were also very easily accessible offpiste areas that I could utilize thanks to the snow and this was absolutely wonderful. I stayed at Pension Zangerl which was quite a boring place, but very nice that a hill ended just outside the hotel. The less good was that there were often a lot of people on some slopes, so it was often hard to drive as fast as you wanted because of bad skiers that were in the way. This problem occurred in the blue o red slopes. The blacks were usually free from many people. The backs were often very upset in the afternoons. So the pistoling was always much better before lunch.

With that said, Ischgl gets a strong 4.

Yttervik
Note! This text has been translated by Google Translate.
Show original

Just returned from Ischgl v.3 2017. We had a fabulous trip with weather and snowfall. It was snowing for 3 days just before we got there so we had a lot of offpiste all week. Almost unlimited with offpiste stretches. Well prepared slopes too and very little queues. Good food in the slopes and clean, freshness and nice on the dining. There is skiing for all levels of difficulty. Aftershine was also very good at full speed from 16 o'clock approx. The food in the restaurants in the village was great and you can find prices from a bit below Swedish to a bit above Swedish levels. Very handy was that Northlander had arranged direct flights from Skellefteå to Innsbruck.
Positively:
Off-piste
No queues
food

negative:
Hard to find, if anything, it was very German-inspired music on the afterskin. Tight but easily danced so to speak :-) What a surprise? :-)
Missing lift from piste 80 towards Samnaum up to Palinkopf. It would give even more offpiste skiing!

MariaDuran
Note! This text has been translated by Google Translate.
Show original

Went to Ischgl to bring the season with Slopetrotter. Have been to smaller resorts in Austria earlier, impressed by this giant ski resort. Overall I got a very good impression and will go to Ischgl again.

+
Modern and fast lifting system.
No matter where you live in the village, because it's always close to the village's ski tunnels with a reel that takes you straight to the lift.
Really lovely après ski with classics like aperol spirits and DJ Ötzi.
The smuggling route to Switzerland.

-
Wind-sensitive, half-timbered buildings were shut off for two days due to hard winds, resulting in ridiculously many people on the slopes.
The slopes were partly unevenly prepared and sloppy. Was really busy in the afternoon.
Very "gubbgäng ".

Me and my partner traveled with Nortlander to Ischgl between Christmas and New Year. We have previously performed in Switzerland, Italy and France so it was our first visit to Austria. Christmas 2015 was quite snowy even at home but we were lucky with the choice of place because there was plenty of snow, although some were artificial in Ischgl, so it was of good quality. However, there were many icy parties at the end of the day in some slopes but overall it was very good considering December's been. It was snowing at the New Year's Eve. We had top weather, blue sky and sun. Hardly any wind at all in a whole week, better weather is probably not possible.
The backs were good and gave a good challenge for knees and thighs, especially pace 38. But it was quite quick to get through the whole area so you should not stress and think you do not get along with everyone, regardless of whether you reach the slopes at lunchtime each day. Very fresh toilets everywhere, even with escalators and fountains. Not a single toilet smelled strange somewhere. Nice surroundings and we also took a trip to the tax-free area in Samnaum. You need to take a bus to the neighboring village to bring the lift up to the Austrian side again. Once up there Panorama is waiting for you to definitely have a hot chocolate outdoors at. Incredible beautiful!

vanGugg
Note! This text has been translated by Google Translate.
Show original

First of all: I go for a pair of old twintips, like carvingsvänga in beautiful blue / red backs, love some nice offpiste but not hardcore enough to walk with my skis to a high peak, like putting some nice tricks in medium jump and does not scare the challenge with blackbacks.

Based on this I think Ischgl was very amazing! Firstly, there are many backs and, above all, all levels of difficulty. If you want a chariot you want a challenge, there are a lot of black slopes to settle for. If you as a beginner are looking for good, easy backs, there are a whole lot of them as well.
I read at Freeride about anyone who liked the untouched snow outside the piste, but unfortunately I have to say that I did not find particularly untouched snow. But the one I found was crazy, and the best thing is as I see it is easy to get to the good offpiste.
The lifts are super-modern - even the slow lift is a connectable, and very common with 8-chair lifts. The modern system means that there is not much queue except in the central areas where everyone is hanging out, but there is also waiting time for about 3 minutes - which can be regarded as extremely short.
Ischgl also has a park, Europe's best according to themselves, in which there are a few beautiful jumps, boxes and corners as a relative beginner in the area I can enjoy (put for example a 360 at the end of the week: d )

The last days, ahead Friday-Saturday, the slopes were very unevenly pisted. There were edges between the pistachio beaches, and the snow was messy on their places. It may have been wholly or pre-pupils, because throughout the week before the slopes were finely prepared.
More negative, I can not say, maybe just that there are a lot of beginners who do not look over the shoulder or go well.

Finally - Ischgl is a cannon ski resort that I highly recommend for those who want a lot of each! 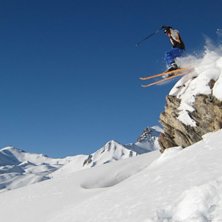 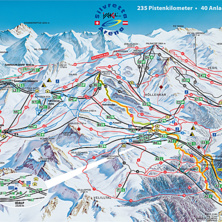