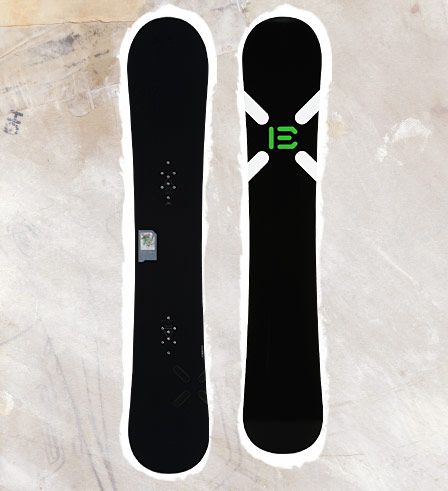 Nosskire
Note! This text has been translated by Google Translate.
Show original

Strenghts:
Good feeling at low speeds and good at the offpiste

If it's sluggish and uphill in the piste or if you're going fast, the board is mostly too soft.

Summary:
I went to an old Custom before (BEFORE CHANGING FACTORY) and wanted a similar board to snap the whale, then chanced on a custom x and was then finished. My old custom was VERY better and above all more stable. However, in low lanes, custom x is very nice and would not want to replace it. But as soon as it gets a little bad, the board is literally safe ...

I contacted the offenders for a comment why the board was softer and generally swallowed at high speeds and they gave me a series of explanations. One of them was because they had changed factories and did not achieve the same quality, another was because it was not built in the same way. Reasons why it's got a higher score on my side than the usual custom I do not understand at all. Certainly, it is a little more beautiful in low rates but generally the usual custom is better. It's more expensive, maybe because it's got higher grades

BalanceBoy
Note! This text has been translated by Google Translate.
Show original

Have previously run on a Burton Balance 61. Bought this board because I have moved me away from the park and the pipes to the offpiste and greater terrain. However, I still want a board that works allround.

I was a little skeptical about buying a Custom because I went on the older Custom models and experienced them cordial. On Burton's "Overall Feel" scale, it gets an eight, which means that it together with T6án and someone else will be stiffest. Despite this, the board is soft compared to my old balance, especially in the tail. This softness, however, does not bother the stability at high speed especially much, but only gives a more relaxed feeling. But if you want to edge it at high speed, the grip does not feel fully reliable even though the steel edges are clearly half a millimeter below the boundaries. If you went to a Republic, I think that this board takes about the same amount of time to set aside, in other words, quite a while. What's surprising is that despite the softness, it's really good "pop" on kicking and when doing ollies. Plus for low swing weight and stability when landing!

Personally, I bought this board online for a lighter money than in Sweden. I would not think I had gotten money for the money if I paid over seven cakes for the shelf

To summarize, you can describe it as a northern ladder: Stable, calm and a little slow if you do not test it very much.

Would like to give this board a 3.5 in grades