It’s the mountain, 65 acres and all, that first put Aspen on the map back in 1947. A piece of trivia, the resort offered black-diamond skiing right off the start. “Ajax,” which it’s nicknamed, has remained a solid favorite among new and veteran shredders. The ski resort, about three miles south of Aspen (the old silver mining town), is located on Aspen Mountain’s northern flank. It is a little more out of the way compared to other resorts in the state but you won’t regret doing the 1 ½ hour drive from Eagle County Regional Airport, or spending about four hours in the car if you’re coming from Denver.

Aspen Mountain belongs to the golden quartet of American skiing along with Buttermilk, Snowmass, and Aspen Highlands. Starting out from Aspen Mountain, you have Aspen Highlands, followed by Buttermilk and Snowmass (which is the biggest resort). There’s a free shuttle bus that serves the four of them. Ajax is comparatively small but mighty: 64 miles of runs, including a variety of steeps, former World Cup-runs, bumps, and gladed powder stashes. Plus it’s a resort where the sun shines a lot, featuring on average 91 sunny days. Compared to the average for U.S. ski resorts, which is 67 days. January, in particular, is good for that beginning of the season goggle tan with 21 days of D-vitamin inducing rays.

Aspen Mountain doesn’t really focus on green runs, in fact there is none. Rather, the challenging terrain draws hordes of die-hards, year after year back to its moguls runs (e.g. Face of Bell), black diamonds and expert-only double-black diamonds. Via Ruthie's chairlift, you can access Ruthie’s Run, which has played host to both World Cups and the local Roch Cup. Want to work those quads? Copper Bowl and Spar Gulch will prove whether or not, you’ve got legs made of steel.
Aspen Mountain belong to Aspen Snowmass.

e_holm
Note! This text has been translated by Google Translate.

Be in Aspen Week 9. Visited all four different systems (Easy to get between these with buses running every ten minutes). When the snow came one day i... Read more (161 words)

Have just been in the aspen, but it was really nice, both inside and outside the piste. Aspen is a real city that has been there before skiing, really... Read more (52 words)

(Guest)
Note! This text has been translated by Google Translate.

Stay in Aspen 1 week at the end of December-early January. Experienced some of the best in my life. Good me snow, got 6 dm while we were there and eas... Read more (119 words)

Crossmax
Note! This text has been translated by Google Translate.

Here you will find the most and the best! Now I was lucky with the weather, so it might affect the overall impression. But anyway, what a ski experien... Read more (73 words)

Lena Winterros (Guest)
Note! This text has been translated by Google Translate.

I have lived in Aspen for 2 years. It's a pity to review Ajax (Aspen Mountain) and not Aspen Highlands! Which is much better! Varied skiing, all lev... Read more (48 words)

Daniel Wallin (Guest)
Note! This text has been translated by Google Translate.

Located in Colorado. If you like humpbacks and burns it's great. Nice woods and good service. Not said dangerously expensive as rumored cases. Never c... Read more (40 words) 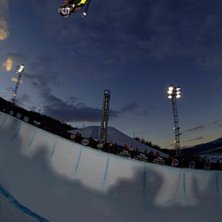 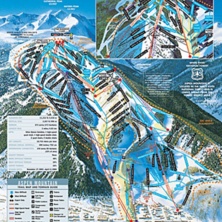