Carl (Guest)
Note! This text has been translated by Google Translate.
Show original

With about 90min from Nice this city is unbeatable.
Clearly more cozy than Isola2000 with its high-rise buildings.
1600m makes it relatively snow proof for lying so far south. Great food and drink!
Surprisingly big system (clearly better than ex Åre) and lovely restaurants on the slopes. However, if possible, avoid the restaurants located at the parking lot one level up from the village. These are okay but the others that are only reached with skis are much more cozy. The lift card is available for both Auron and Isola2000. The latter is more snow proof as it is higher and you go more on the north side.
There is 0 nightlife so do not go here if you expect St. Anton.
Do you have children who are beginners, there are probably better places. The small ski lifts are for the ski school only and there is only one seat lift left for the flat green hill.

Thomas (Guest)
Note! This text has been translated by Google Translate.
Show original

be in Auron the first week of Feb 06, get there by chance, be crazy about skiing. went to Nice, it's cheap to fly there. then found out where there was a ski resort that was easy to get to. There is a bus from the airport to Auron, the cannon. found out that it was mostly people from Nice and Monaco who went there over the weekend, expensive I thought. did you come to find a hotel, appreciated room breakfast dinner / 3 course, the price was good especially on the lift card which was greatly reduced if you lived in the hotel's hotels, must be the cheapest ski passes of the Alps? How was the skiing then? What a surprise it was, because it had snowed for 3 days about 100 cm new snow, cold o easy, Wow. The lift system was easy to understand, consisted of 3 parts that were easy to take care of without too dull transport distances. varying backs with some really cool black runs, and not least because it was a lot of snowy snow, which off-piste skiing, easy to see, easy to reach, only a few utilized off-piste skiing enthusiasm.
Just think of the avalanche after heavy snowfall o use the inside (of the hood). It was very positive about skiing, is there nothing negative then? not about skiing when there is plenty of snow. But ,,,,, want to party ,,, yoke to St. Anton ,,,, but since I'm 45years I do not care ,,,, the bars were OK ,, Do you like skiing good food, good wine and that talk to nice people, go here ,,, 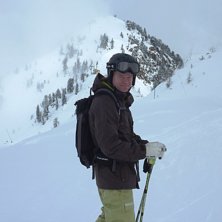 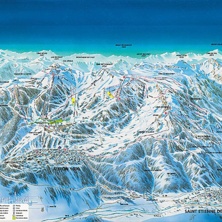