North Europe’s most northerly located mountain hut is found in Norway and is called Juvasshytta. People often get it mixed up with the "Galdhøpiggen" summer skiing resort, which is situated just close by. Both are located high up on the mountain at an altitude of about 1,800 meters above sea level, at the Juv glacier at the foot of the Galdhøpiggen mountain, which is Norway’s highest mountain with a peak at almost 2,500 meters.

To experience Scandinavia’s best winter landscape, you should visit Galdhøpiggen’s ski center or Juvasshytta. Mountain hut Juvasshytta is a perfect starting point for a hike up the mountain. The ski center is relatively small with only one lift taking you to the top of the ski slopes.

The longest ski run is about one kilometer long and there is also a popular ski part with both rails and jumps. Juvasshytta is a great choice for when you want to experience a different type of mountain environment, both more intimate and more personal. What makes both Juvasshytta and Galdhøpiggen particularly popular is the fact that you can ski on powder even in June. Furthermore, the resort and the hut are quite easily accessible. The drive from Oslo takes five hours, and the bus stop is only a kilometer away from Juvasshytta if you come by bus.

The glaciers are popular training grounds for alpine teams during autumns.
Galdhøpiggen - Juvasshytta belong to Jotunheimen.

cookiedough
Note! This text has been translated by Google Translate.
Show original

Have been there about 4-5 times and trained alpine (has been alpine rider for 5 years.
It's really good and sick fun.
It's not specially snowproof :(
However, it is true, really good when it's snow.

So my tip is check if it's snow if it's so for crying out load go there !!!

jarling
Note! This text has been translated by Google Translate.
Show original

Were there this summer (2010), despite the record winter and the short season at Styn, the snow was okay in July. Terrific nice park. The piste itself is not so exciting, but more exciting for those in fantasy clothes. Large opistat embrace where it was completely unspoilt when we arrived. Be a 30-40cm sorbetsnö, totally wonderable with board iaf. Clearly approved summer skiing if you can not travel to the alps. Styn ifos better but have a shorter season, juvass is open until October! Clearly better than fonna. The value of the host class is based on the fact that it is summer skiing.

Kumlin
Note! This text has been translated by Google Translate.
Show original

My trip to Juvass 2009!
After looking for the weather forecast for a week, we decided on Wednesday night, tomorrow we will go skiing and cycling to Norway. We like to be my Daddy Jocke, my brother Viking, and my cousins ​​Anton & August Rung. Skiing in the middle of the summer for the first time (In addition to 1 day in the Riksgränsen 3 years ago), this will be fun.

departure day
We start Thursday 16 June at 9:00 in the morning.
After about 3 hours of driving to Karlstad, the gasoline begins to end. We can go for about 7 miles to and it is 8 miles to Arvika so we hope for a mack before Arvika.
After walking for about 5 miles, we start to get worried if there is any mack or not, so we stay and ask a couple standing by the way they say it's going to be a mile in a mile.
Yes, we think, then we'll get out before the diesel runs out so we get to the mack, but then a problem arises because they're out of diesel.
shit, what are we going to do now?
We can only go for a mile and it is 1.8 miles to Arvika where they have mack.
but the meter shows that we can only drive 1 mile, but we chances and start driving after walking for about 1 minute. The meter starts to show 0 miles left, but we'll be right at the mack on the final diesel drop.
Then we continue for about 5 hours to the town of Lom where we spend the night in a cabin at Forssbergs Hotel, in the evening we went to check out rags and also bought Pizza and Burgers at our hotel restaurant.

FRIDAY, 17 JULY
We get up at 7am and get off at 9am and after about 45 minutes to Juvass, we see a fantastic ski slope with several meters of snow as well as a giant glassy lake. We started skiing at four o'clock over 9.
It was cloudy till 12 o'clock when we went to the restaurant where they had sausages with bread or hamburgers with bread.
When we go out the sun has arrived and the ride that day was fun and fun.
No lift queues or any people at all and then I really do not mean any elevator queues.
The park was cruel and the back was just so bad fun.
Then we go down to the hotel Raubergstulen about 10 minutes after we have packed everything we go to a climbing park that lay there, and we climbed for about 1 and a half hours which was something I highly recommend.
In the evening, we are kidding pizza which was quite expensive and so Dad ordered not much.
At 9 o'clock in the evening I go August and Viking up to the snow on the mountain which took one and a half hours up and one and a half hours down after we went wrong way down.
Then we were tired and fell asleep quickly.

SATURDAY, 18 JULY
In the morning we went to the hill at 9:00
same weather this day as fun and same lunch.
good in the back no lift queue, nice park with jumps and rails in all difficulty degrees and last half an hour so Viking and Anton made sure they took off the jacket and everything drove over the body, which must have been cold.
At half past four we stopped driving and packing everything in the car came out at four o'clock.
we went about 3 hours to the town of Lillhammer and stayed in a cabin at the Hundfoss hotel, where we only went well in the evening and bathed a bit, the weather was cloudy and about 19 degrees.
SUNDAY, 19 JULY
The next day we wake up at 8 o'clock and it rains, we kiss breakfast and then head on to Hafjell and drive downhill we take the gondola up and drive about 3 years sick fun where it was.
The fourth yard I get too quickly into a ridge and fly over the board down into a rock and get a rock exactly where the back plate does not protect.
I can barely go but I'm going down quietly from the mountain and had a bad luck that it just became a bruise.
After we have changed, we leave about 6 hours home until we finally arrive at the small village of Örsundsbro.
And that's enough as they say, BUT BUT BUT HOME BEST!

Were at Juvass / Galdhøpiggen summer ski center in late July 2005. Was not particularly impressed with the resort, but if you are looking for skiing, and Stryn has closed, you can consider going here.
Snail slopes that you quickly get tired of.
The advantage of Juvass is that the season is long - as far as I know, they do not tend to close before October / November. They are usually waiting to close to the first plant in the Gudbrandsdalen valley (usually Bjorli, possibly Kvitfjell). It's supposed to be possible to drive in new snow already in September / end of August!

zero_ant
Note! This text has been translated by Google Translate.
Show original

Yes, the summer skiing in the galley pig tested and became a disappointment for the little molo. Gristalsnö to gray weather ... but glad you wrecked to shovel close shards, did not get much happier for the hill itself, but to go for a walk about 6 months' stay. then you have the roads by and bye, but just go skiing for the winter cat. (this was summer 03)

Skidbruden
Note! This text has been translated by Google Translate.
Show original

We hurried up for the steep sloping gravel road in a 3-tonne camper that cooked a couple of times on the way up.

It was very heavy and bleak snow and there broke small streams here and was in the piste. But if you want to go skiing in the summer then you're welcome.

Was there September 2004, and can give the following grades.
+
-Really nice back to go in
-Beautiful view

-
-all too many racers
-The big way to go is just blue.
-Long liftköer

Nothing to recommend directly ..

fogy
Note! This text has been translated by Google Translate.
Show original

As a supplement to Stryn, Juvas really smells really high. Not as much choice as in Stryn, but still good-bye, but you can get pillows in July!
There are actually only two outfits that are easy to get to. Skiers left from the top and then it's only to choose whether to go on the side or side of the "hole". May be tricky to get over the stone stairway back to the road though. (If you take the distant road). Is there otherwise a slight access to the mountain around the plant, so if you want, you can get it enough and get over.
Highly recommended! (not for jibs)

KalloBallo
Note! This text has been translated by Google Translate.
Show original

visited Galdöpiggen in July this summer. Very slush-puppy snow that became heavy for the day in the wide hill. a lot of mosquitoes!

RB
Note! This text has been translated by Google Translate.
Show original

Great to ski in the middle of the summer. Salted glacier snow is getting very good. The slopes are 1.5km long but maybe not so varied, but for a few days of summer skiing it is absolutely excellent. Clearly better than Stryn because there are a lot less people here. Highly recommended !!! 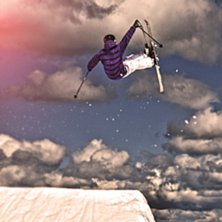 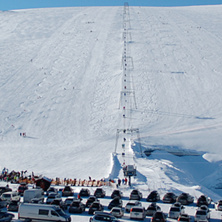