We were a joke to Garmish January / February 2009. Some of us went to König Ludwig Lauf (German Vasalopp), so we searched for the combination both length and downhill.

As a skiing resort, it's okay for 2-4 days. The highest point Zugspitze, Germany's highest mountain, is cool for the view, the skiing there is mediocre, though it has been new. There is a bowl that you can play in. In the rest of the system, skiing if comparing to Swedish resorts is much like Åre (a bit steeper / better), a lot of fun slopes / slopes.

The trip there for us was flights to Munich and trains down to Garmish (functioned clockwise).

Tysken (Guest)
Note! This text has been translated by Google Translate.
Show original

Take the run-off, go all the way down to the village without a stop, buy a drink, get to the start again, start the stopwatch and drive. Repeat this procedure until the lifts close. Perhaps the best backs of the Alps. Hermann does it in just 2 minutes. The ladies are no longer allowed to go over here. Pistes are called Kandahar abfahrt. 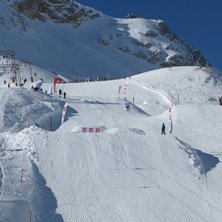 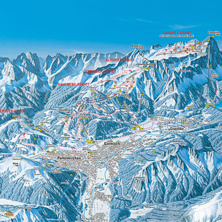