Visited Les Contamines in February 2108. Arrived in raining rain and was met by a pistachio of red lights everywhere - I just wanted to cry. Did not think this was possible. The girl in the door informed that it would be the next day ...
... the following day came to the blast from the blast, the sunshine and the green lights!
Traveled in a home-based motorhome and got to park for free behind the cable car, with access for 24 hours a day. Ski in / ski out, budget variants. So, have no idea about the prices of accommodation.
Good, varied skiing, lots of snow, nice people. There are slopes for most, long slopes, many lifts made it never crowded, on the contrary! Expensive food in the hill, but affordable in the village - which is pretty relaxed. A place I would love to return to!

Henrik (Guest)
Note! This text has been translated by Google Translate.
Show original

A smaller, cozy and cheaper alternative to the major ski resorts in the region. Recommended for average riders and "off-pistons" who value beautiful scenery and a peaceful atmosphere. Stunning views of Mont Blanc and varied terrain, almost magical setting up at the top. In the nice village there are a number of sports shops, grocery stores and more. No nightclubs and a limited selection of restaurants serving mostly traditional food. The accommodation offers most of private apartments rented through the tourist office. We booked an affordable package of accommodation and lift passes and were very pleased with the apartment and the service from the tourist office. For transfers from the airport, a bus that stops outside the tourist office is recommended - about half the price for private transfer. The transfer takes about 1.5 - 2 hours. The lift system and skiing can not be compared to Chamonix, but still okay for the price. A lot of off-piste and a lot of blue slopes, though with elements of steep parties and fast weather cover so I would not describe the resort as especially beginner-friendly. There is no big distance in Les Contamines so you can live almost anywhere and it is quiet in the center of the night. The ski shuttle takes minutes from the village center. If you want to experience more, just go to a nearby town. The bus to Saint-Gervais takes about 20 minutes and the supply is larger. Chamonix is ​​about 1 hour away.

Were in Les Contamines during the World Cup in Halfpipe and unfortunately, the beep was in Barnbacken, which meant missing the rest of the mountain.
Good if you like to go pipe it's easy to hike and the worst weather usually does not look cool so far down o demolish the pipe :)
But the village is terribly small and bonnig.

I have lived in Switzerland for 4 years and have already traveled to most ski resorts in the Alps and I think LES CONTAMINNES is a cruel ski resort (considering its size) where you can go untouched for days after new snow, and this short-term piste. This is because all French retirees hang here and do not use the powder. However, there is not much night life and the village is very small.

I think it's a good ski resort. but because it was the first time. I do not have much to say about it.

Matts (Guest)
Note! This text has been translated by Google Translate.
Show original

This is probably a very underrated ski resort located just behind Chamonix / Mont Blanc. Very large areas with varied terrain. In addition, it also gets a lot of snow. Climb 20 min and get closer to 1000 fall height meters good offpiste. 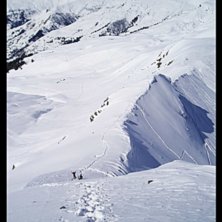 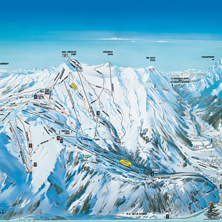