Are you looking for a genuine Italian mountain village with amazing food, great ski runs and that unique charming Italian atmosphere? You will love Madesimo. This little village is situated far up in north Italy, close to the Swiss border. Getting there from Milano is easy. The ski system is relatively small but still modern and well-managed and great for three to four days skiing. With some luck, the famous Canelone off-piste run will be open during your visit. Anyone with even the slightest interest in off-piste skiing must try this.

Madesimo is so much more than just top-quality skiing. Italy is famous for its cuisine, but still, the food and the variety of restaurants here are something quite unique. In addition, the natural setting is gorgeous here, with a wonderful forest for off-piste skiing.

Madesimo is 1550 meters high and has good snow and sun conditions. When I was here during week 13, the snow conditions were extra good. Although it was close to the end of the season. The system would only be open for a week.

It is a small system and from the top of 2884 möh. Most of the system to the west. A smaller part goes east. The best part is to follow the sunshine and immediately to the east side of the morning. You can do the cable car to Pizzo Gruppo to get to the valley Val Di Lei. Then you get the morning sun. Additionally, there is no gender to the cable car. There is a café in the valley suitable for the morning break. At lunchtime the sun has moved to the west side and now is the time for this part of the system. Then you take the cable car back or the fine avalanche in the Canel Valley. Offpiste gives a wide, classic and long offpiste stretch with plenty of snow. On the west side is the only restaurant. It is both big and pleasant and is the center of the system. From there, you go back to the village.

The system has a large variation of steep and flat. Three or four days skiing is what the system is capable of. Since large parts of the system are open, it is wind-sensitive and one day the cable car was switched off to Val Di Lei. These days, however, one can find shelter in the forest of larch trees.

From Chiavenna, a winding road leads up to Madesimo. The journey is by bus according to a short schedule and takes about 45 minutes. The winter fall is only open from the Italian side. Which makes it almost is only Italian here. Many of them only come over the weekend. The village was once quite quite genuine, but they have built a number of ten-story scratches in the middle of the village, so some of the real character has unfortunately disappeared. There are few but all classes of restaurants, from Guide Michelinstjerne down to more reputable restaurants.

In summary, Madesimo is a ski resort both snow and sunny. The slopes are well prepared and the lifts are modern. Good off-piste skiing. Suitable for three or four day skiing. It is a secluded and quiet ski resort for mainly Italian families. By Börje Hammarling

Poka
Note! This text has been translated by Google Translate.
Show original

Be here for the second time in February 2014 and this year it was a great deal of snow! Two years ago, there was significantly less snow.
Stay here with the family, stayed at the hotel Arlecchino a bit up in the village, even this hotel was just where the hill ends. Could ski all the way to the door as the road was covered with snow. Madesimo is a rather small system, but it suits many. As someone wrote earlier, there is really challenging skiing if you have a little imagination. The forest is wonderfully good, tall, larch forest, which turns into the forest forest a little further down. Large variety of flat and steep. This year, I also tried the Canalone offpiste, of the 14 days I spent in the resort it has been open one day. The first occasion two years ago was too little snow, and this year it was too much.
Price setting is clearly affordable, you can rent an apartment at a good price by any Milan stay (the owners usually come from there) or enter any of the hotels. The price of lunches ranged from € 7 for a pizza and € 9 for a pasta.
The reason we went here was that I was looking for an alpine where you can introduce the Alps to their children, and then this place is perfect. However, the ski school for children is no higher as the skiers hardly speak English, but as a system it is perfect.
What's negative then, it's a little wind-sensitive. You can escape the worst blast by going in the woods or the pistes that go through the woods, but the snow is packed so you do not get it "fluffy" powdered if you're wrong.

PB (Guest)
Note! This text has been translated by Google Translate.
Show original

Addition to previous reviews: Do not take the road on the other side, it's only a trough landslight while it's on the Leccosidan motorway along the entire road. If you take the tunnel under Lecco, there will never be a problem.

Matilda (Guest)
Note! This text has been translated by Google Translate.
Show original

Just returned from 4 days in Madesimo and can really recommend it! We stayed at Albergo Soldanella, 20 meters from the hill. Very nice hotel with really good food in addition, at a reasonable price. Definitely recommend! The ride was superb, there is a famous offpistback that goes from the top, the cab lanes that go to it, however, be a long queue for the weekend. 3-4 days are enough days. For a week's skiing, the system may be felt by the smallest team. We flew with Ryanair to Begamo and the driving time from there was barely 3 hours, but then we got stuck both times in the city of Lecco which is a real bottleneck. Try and drive on the other side of Lake Como instead.

Virisen
Note! This text has been translated by Google Translate.
Show original

A snow-proof pearl in Italy. I have never eaten as good food in the Alps as in the restaurants like when I was there, but sometimes it was a fluorescent lighting, but what does it do? Ingemar Stenmark practiced here a lot in his time. Cannelone is wonderful in loose snow. Please come here and mys and I will take my children with me next time.

Lung ski resort with many Italians. The backs are well-prepared and the lifts are modern, and there are no slip lifts, which may be nice. Does the previous speaker agree that this ski area is about 3 days off, do you come with children, it's okay with more days. There are many small hotels, good to live almost anywhere when the lifts go down to the village in three places. prices from 30-100 euro / day / person.

Food Recommend, Resturang Osteria Vegia, delicious if you want Italian but do not be surprised, there is no menu :) Located 200m south of the valley station for the cab lane.

Observe that the road up to Madesimo is narrow and steep at the end, it's the bad roadway driving the longer way up, you arrive at a sign where it's 5 or 8km to Madesimo.

Time from Bergamo is 2 hours.

Will return with the whole family next time.

manlan
Note! This text has been translated by Google Translate.
Show original

Genuine Italian ski resort your most Milanese themselves seem to find. Despite only 13 lifts, there is a lot of skiing here and well groomed slopes. Kanonställe if you have the family on skiing adventure, very red and blue.
The favorite slopes are those at Val Di Lei, where you can almost always find unspoiled in close proximity to the slopes. Very quiet and quiet at the lunch restaurant, where you can enjoy both Italian food and the lentils in the sunshine. On the way back, one takes advantage of the two off-piste roads that hug the mustache out of anyone.
Go there for the third consecutive year in two weeks ...

Urban (Guest)
Note! This text has been translated by Google Translate.
Show original

Last weekend in January 2006.
There was 80 cm of dry snow in 1 day. Unbelievably fun! Nice backs but it's going to be fun with more than 3 ski days. Great food and good drink.
Urban 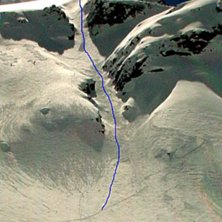 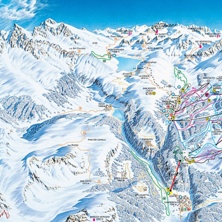