Good mountain with chopped to good lift system, which is not perfectly jump-built on all slopes. ski hire is available and restaurants albeit a few. the food however good. Can travel in several weather conditions depending on the weather. The village roccarasso makes sense of being lively but felt the right fate and tired of the 2018 sports promise. The ranks are enough for 2-3 days of rides. some good offpiste opportunities. very little lift queue and cheap ski passes and ski rentals

tulipan
Note! This text has been translated by Google Translate.
Show original

Skiing in the Appenines is a fun alternative to the Alps. Roccaraso / Rivisondoli is the largest ski area in the southern appenines with both reaching good black slopes and the opportunity for off-piste skiing. In the lighter slopes, however, it may be a bit crowded about the space, especially on the weekends.
Hotel is cheap if compared to the alpine areas and the food is top.
Abruzzo (the lantern where Roccaraso is located) is also worth exploring, for example, a trip to Gran Sasso d'Italia, the highest mountain of the Appenini (2914 m above sea level), where there are also some slopes but in front of all unlimited off-piste skiing. 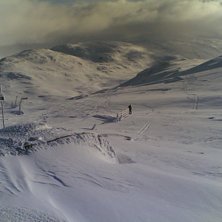 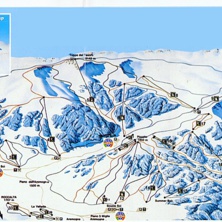