Frontenboy
Note! This text has been translated by Google Translate.
Show original

Were in St. Johann v.8 this year. Went with Danish Highland from Malmö which I can recommend mainly because of the price (4700kr for residents, traveling by bus and full pension) which was the best I could find for v.8 and I look quite carefully when I'm looking for trips;) Ifs, let's say that we lived about 1 mile but for the village itself, but it worked well with ski buses.

The actual St. Johann is a rather big "city" if you can call it so go to a smaller city. There are lots of shops McD etc ... but only a few smaller icebergs, so if you live there, you have to take the ski bus to the Alpendorf neighboring town (about 3km from St Johann after a longback on the way to Badgastien) Close to the lift, I would recommend checking out a hotel where otherwise Kleinarl is ready to recommend!

As a snowman, it was a lot of difficult transport routes here. But the worst thing was that the area park (absolutpark.com) is located in Kleinarl so took about 30-40 min with your ski bus. However, I think it was the best place in the area! Wagrain and Flachau, there were only ski schools o busy Danes and lots of queues down the village so just say avoid! In Kleinarl there were hardly any queues many beautiful blue / red fields. Hyffsat park that would probably have been a lot better if the snowforest countries were better said to be one of the better in Austria. There was also some offpiste for those that it attracts, so you have to "Hajka" a bit.

bulla
Note! This text has been translated by Google Translate.
Show original

Good family place with quite easy hills and with a nice park with many nice jumps. Nice system that fits most. 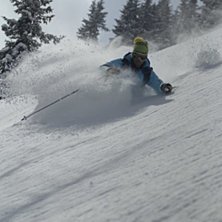 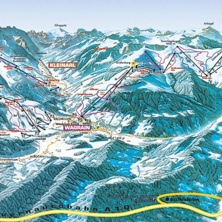