Snow depth
2865 m
1800 m
180 cm
140 cm
4°C
Book a wonderful ski holiday to Swiss Arosa and enjoy endless days of sunshine! The ski resort is south facing and at an elevation of 1,450 meters above sea level. There are 55 well-prepared pistes of various difficulty levels here. Best of all, there is now a cable car running between Arosa and popular ski resort Lenzerheide (with several north facing runs). More bang for your buck! For those who enjoy evening skiing, this place does not disappoint. Arosa has Switzerland’s longest lit ski run. There are also really cool fun parks and very challenging off-piste skiing.

The highest vertical drop is 1,528 meters and the highest ski area sits at 2,865 meters. Most people love Arosa for having such an extensive ski system that there is something new to discover every day of a week-long ski holiday. Having said that, the ski resort still feels quite small and compact and it is easy to get around the mountain. The village is just the right size, with everything you need in terms of restaurants, great accommodation and after ski.

Helen Onions (Guest)
Due to good snow cover from December to April, freeskiers are provided with powder-runs of different skill levels in the upper parts of Arosa. And in the early morning hours chances for some great first-track experiences are pretty high in Arosa.


Half pipe and a funpark at the Tschuggen area! The Sit-hutte is the place to chill with stunning deck views and music mixes and great burgers/chips/cakes/salads. It has a chalk board tallying the quality ofoff-piste days, snow and sunshine - they care! Not only inexperienced boarders, but also skilled free-riders and free-stylers (world snowboard championships 2007/high prize money events 2010) will get a positive impression of the skiing-area Arosa. Novice boarders can improve their skills at numerous short and easy runs at the “Tschuggengebiet”. Advanced snowboarders will prefer the 25 km of intermediate (marked red) and demanding (marked black) slopes. Descents from Brüggerhorn "Freeride mountain" (2427 m) and beneath the Weisshorn peak (2652m) are the best areas for snowboarders in Arosa. The perfectly groomed terrain-park in the Tschuggen area features rails, boxes, kickers and even a 130 m half pipe. This park fits the demands of freestylers of all ability levels. In case of good snow cover you can find some fine powder runs in the pristine upper parts of the skiing-area. Consequently Arosa is awarded 5 stars out of five in the “snowboarders” category.

Better than expected. Large system, slopes of all colors. Personally, I liked the Hörnli side of the system best. Good restaurants were there too. Modern lifts o no queues. Good off-piste skiing on skiers right when you come up with Hörnli express and look down towards the valley, and you'll start lining on the winter trail that you can follow in the piste again. Watch out for hikers, they dislike going skis / boards on their hiking trails quickly.

You can also take the train directly to the lift station, about 3 hours from Zurich HB.

Nice little ski resort. The ride from Weisshorn is very good and varied. Otherwise, it is the two-seat to the right of the facility that applies.
It may seem quite far to drive up to Arosa, but when we did, it was well worth the trip. Imagine being disappointed if it's bad before off-piste, because the ground is reasonably sluggish, but is good, you can have a lot of fun finding different lines down from Weisshorn!

Passao7t
Note! This text has been translated by Google Translate.
Show original

I have just arrived home from Arosa and am really pleased with the trip. The slopes were perfect, the sun shines all week, close to and from the hill.

The village
The village of Arosa itself has everything you need on a small area. One disadvantage is that the village is built in slope because of lavinfara and therefore you have to go a long way down to the main street (if you live higher up) instead of building stairs here and where. You have close to the hill, it only takes 3-4 minutes from where I lived. You reach the end of a messhelbahn and go down the last bit of the hill to the lift.

The lift system
The lifts are smartly built, there are not too many but are customized and you get more opportunities when you get up. At the bottom of Arosa there are two lifts. A large cabin with a central station and one seat. The disadvantage of the cabin is that you have to get out of the central station and exit to enter (if not full already). You never wait for more than 7 minutes in a lift queue, which is nice, except possibly the cabin.

slopes
The foundation is as found, according to me. Hard underneath with a fairly thin layer of snow, (now in February) which is nice so you can go down quickly without fear of ridden hills that easily lose the balance. At the same time it is hard it's not ice-cold. In the late afternoon it may be hot and very hot. One of the reasons is that it did not snow all week. The actual slopes are arranged so that you get many options, as I mentioned about the lifts, you always have several slopes to choose from. Most often one suits you. Unlike black slopes in Austria, black backs in Arosa are black. They are with a nice slope.

Off-piste
Now, when I was down, it never snowed so it did not grow up. But there are big areas if you're crazy for the offpiste at another location. Puckelpist is also found. Basically there are offpiste surfaces on all slopes.

People
Not a lot of people, although it was allowed in Switzerland when I was there. Both because there are simply not many people there and because there are many backs that people are scattered on. The people in Arosa are nice: P

Trix
There is a real park with big, real jumps, no small home-made. A nice halfpipe but nobody rales what I saw. There is also a natural half pipe a little further away.

Restaurants
On the slopes there are 6-7 restaurants with good food. However, one can drink a glass of paper. But in its entirety, it does not matter much. So if you are out to eat and sunbathe, it will work perfectly here.

Tillkomlighet
I go by car all the way down and there is a downside to it. Chor which is the nearest "big" city takes 1 hour to depart from Arosa as it is a hilly mountain road up.

Prices
The prices were quite ok, I think. Not too expensive: P


Actually, Arosa suits everyone. I recomend the place and hope to come back there.

peter_seifert
Note! This text has been translated by Google Translate.
Show original

I've been there a dozen times, so there are reasons to come back.
1, Little people, generally, there are no liftköer, except maybe 1 when there are quite a lot of people, but most do not get out of the piste until 11-12 and go home at 14, so you are right.
2, You can always go offpiste in principle, if you know where to go, sometimes you have to get a little bit of skis on your back but it's worth it.
Go down to Zwellesee from corner nest, ie take the corner of the lift up, then go down the right downhill 250 meters then go as far as you can right.
Otherwise you can pull the Brÿggerhorn up and turn right when you get up, after the first slope, just go as far away from the lift system and knock up to a small hill, stay away from the ski area so you can go very untouched loose snow.
Then you can get on a little harder ride, you go back on the corner and get used to some other lifting systems, but you should not do if you do not have someone to find.

It is true that the nightlife is very limited but it's only good, I personally think, unleashing all the disgusting full indigenous Swedes :-) but there are a couple of nice bars.

ps, if you're a car enthusiast, I promise you will see the newest and most expensive cars first here

Larry
Note! This text has been translated by Google Translate.
Show original

Great place for those looking for a combination of ski slopes, good cross country skiing, go after skiing, guaranteed sunshine, and class on the tourists. However, no mega-party city for anyone who wants to smoke. But for those who want to relax, the place is worth visiting. About three hours by train from ZRH airport, alternatively two hours by car.

fr1ppe
Note! This text has been translated by Google Translate.
Show original

I've been to Arosa a couple of times. The location is as said in Switzerland and therefore expensive both because of the currency and that Arosa is an expensive city. Quiet and relaxed atmosphere without unpacked youngsters ... (if okay if you are in that situation), the resort is no big party hole. The lift system is very well planned and the capacity is nothing wrong, largely no queues. The tear is by the way. Places like choice thorens or choice diesers can not measure in the torch. The Swedes are working and careful. The ride is good. However, the system is not that big, but it does not make it worse. If you like to walk, I can really recommend Arosa which has custom-made footpaths right up to the metro station. The resort has a casino if you like it :) If you have not met the price picture and the slightly hilarious atmosphere, I can warmly recommend Arosa. I say quite a bit, but I assume that the one who is thinking of going to resorts like arosa belongs to "some category, which does not need hundreds of runs and hundreds of afterski poop / party" // fredrik

Been there 2 years ago, the Sälen backs .. that's enough, the place was filled with obese mink stalks. Too little girls too expensive and too bad ride ..

Small but nice. I was down for a whole season and then you will find most nice solstices. The morning race in the run-up against the supported ski school teachers is an adrenaline kick that is estimated. The village has two "real" dance floors / bars. The one is in a casino and is like that, they only play boring German Eurodisco there. The other is a club of talented DJs who play Drum n 'bass and other dance-friendly styles.
The village is recommended but only for one - two weeks. 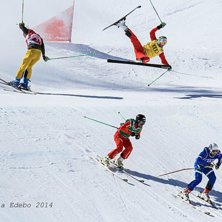