Eskimo freeride is a first European Snowcat freeriding operation. Take an exotic adventure of backcountry skiing and snowboarding on Sharplanina (Srar mountain), Macedonia.
What do you think about Eskimo Freeride - Šar Planina?
Write a review
5
4
3
2
1
3.3
3 reviews

Peter Müller (Guest)
Second time in Macedonia with Eskimo Freeride in Popova Shapka. Very good guides. The mountains has many fine runs both in the open and in the forest.

Martin-J
Note! This text has been translated by Google Translate.
Show original

We went to Macedonia for a long weekend in January for a little pudding. We went with Eskimo Wednesday-Saturday and in the piste on Sunday. It started with the guy who would pick us up at the airport had taken a bad day so there was a spontane lunch at the airport while we waited. The idea was that we had to go to the piste the first day, but some of the company was so excited that it was suddenly ordered an extra day. After dinner there was a review of the safety equipment and those who would rent skis and slippers did it. The first day it was quite windy, so despite snow snowing it was a bit snowy and very hard over the tree line so there was skiing in the woods all day. In the coming days we went from different tops, but we always ended up skiing in the forest for the best ride. The ride began at 9:00 each day and was at 16:30 to 17:00. The group had to choose a little what we wanted to go and choose whether we would stay on the back and go as long as we could and then go to the hotel or go up to the hotel and go skiing to the hotel. It was not so careful and everything was done with a wide smile. The actual ride went so that a guide drove first and last. There were 2-4 guides with and one of us was quite above and he almost got his own guide and very good tips. When someone swam, everyone helped to find skis and help each other. In our group there were Swedes, Danes, Englishmen and Germans. Ski, snowboard and telemark were run.

The guides were helpful and lent their private skis when the bindings tore on a couple of skis. They even lent their rods when someone broke off his stake.

Hotell Bora was closed so we stayed at the Arena. We were 5 pers and got 3 rooms. Two quadruple rooms with bunk beds and a feather room with double beds and large corner sofa.

Breakfast at the hotel. The lunch was simple (but good) on a fried snow high on the hill every day except one when it became a restaurant on the slopes. Water, fruit and chocolate were always available in catskin. The dinner was eaten at the hotel or any restaurant nearby and consisted always of salad / appetizer, soup, main course and dessert. The drink paid yourself. Everyone in the group shared in common which was nice.

We had pre-booked pub round that no one hurried to go on. Two in our gang also jumped over the last day when there were worse weather and they were quite crowded. Next time we will not be able to book everything before adding on site.

Can you accept that mentality and effectiveness are different than at home, this is a canoeing trip.

-Catskin broke down and it took time to change.

M001
Note! This text has been translated by Google Translate.
Show original

Skiing with the Eskimo Freeride is an experience one forgets. The skiing is nice but off the hill is the company amateurish.

Whizz air flies to Skopje from Skavsta. The skis were presented at the tires after we passed the passport check. Everything worked very smoothly. One drawback is the early departures.

Very smooth by taxi. There are a wealth of local businesses to choose from. Costs about 150-300kr depending on car. The specialized transport companies cost significantly more.

Since there is no store in the ski resort, it may be advisable to stay on the road and buy the things you want during the accommodation. Tetovo is a great place to stop at. It covers everything from snacks, beer to SIM cards (Macedonia has high roaming charges). Both T-Mobile and Vip have good solutions where 5 GB costs about 80 kr.

Riding is between 09:00 and 16:30. The day begins with about 30 mins drive up from the hotel towards any top nearby (2500m). After a few easier rides just next to the lift down to the village, you move more often to any of the other areas that are located. There is a ride all over the mountain (both above the tree line and in the forest). The train takes anywhere from 3 to 10 minutes, and the sun side is often chosen by the mountain during the daytime. The slope is very nice and often opens into flatter batches. As often with guided tours, new lines are chosen relatively quickly, although there is still good snow in the area. The road at the end of the day home to the ski resort often occurs from one of the peaks above the village with a fall height of about 800m. In case of bad weather, you can go down with the vehicle. The guides are responsive and wishes are noted. The company has three large machines and they run to the burst limit. In one day two machines stood still because of mechanical problems which resulted in a stand in the wagon.

Liftburen rides are not an option for much of the week. Some lifts are going on during the weekend but otherwise everything stands still. There is clearly a potential for a Western company to run the plant. Pretty large unspoiled areas would be achieved with a minor expansion.

A shorter review of transceivers and how to use an airbag during the first day. It is expected that those who go have basic skills in the field. No receiver check is done at the start of the day, but this should be done within the group. You can borrow a BCA Float and other avalanche equipment if you do not have yourself. However, a number of riders who lacked all safety equipment participated. There is also radio available but 95% of the discussion is not in English. The main guide goes first and reports on the radio about the snow and tips. Going within risk areas is made within the group.

Accommodation is included in the prepaid fee for skiing and at the time the Hotel Arena (see photo) is right in the middle of the ski resort (Hotel Bora mentioned at the time of booking is fate on the slope). We specifically booked a double room per person and paid an extra fee for this. However, when we arrived, there were no rooms at all, but we were referred to a nearby house and were forced to share an accommodation that can be described as a student room from the Soviet era. Neither the ski company nor the hotel raised any eyebrows over this. Plus points because there was hot water in the room unlike the hotel.
When we got home after the third skiing day and would unlock the room, there were several people in there. They had now got the room and our things had thrown into sack bags and stored in a storage room.
The standard hotel rooms are "relatively" fresh and have a double bed and a tiled bathroom.

The food included in the trip is a cheaper variant of what is served à la carte, that is to say. lots of keso, cheese and potatoes. The food is so cheap that it is better to go to one of the restaurants available and order from the regular menu. A dinner with a few beers costs about $ 60 in total. A local bottle of beer costs 16 kr. A glass of whiskey about 20-30kr and a glass of local spirits about 10kr. Homemade spirits are also available. A few desserts exist and consist of local cakes such as Baklava and Trilece.

The breakfast consists of instant coffee, tea with herbs, a local bread similar to gratulations, stews, sandwiches with sauerkraut, boiled egg, cheese, salami, omelette, yogurt with something similar to "Start" flakes. Generally a good breakfast although you like the Swedish like to have the classic oatmeal.

Surprisingly good network in the hotel.

Service levels are similar to those expected during Soviet times. When booked hotel rooms are not available and crowds collapse as paid extra in the annexe (with people who do not even belong in the group) the company should ask how to please and try to remedy the situation. Instead, one meets with a series of explanations and the attitude that everything is ok. Having to be fenced with the staff who want to pay other groups' drinks notes from the previous evening will make you cynical. Suddenly, it was also impossible to reach the company regarding the agreed repayment for accommodation and other additions. Unfortunately, this greatly reduces the rating for what could be an exciting ski trip.


If you still want to go there are a couple of good things to keep in mind:

- Choose 3 days skiing. Then you can handle all areas in principle.
- Order your own taxi for transfer, it costs significantly less than if booked through the company. Ask for a combi / minibus to get fit with the skis.
- Go to the restaurant and order your own food, which means only a marginally increased cost.
- Refrain from all additions (eg party last night). This can always be done in place if the will exists at a significantly better price.
- You will not receive a refund when the company does not deliver what you booked! 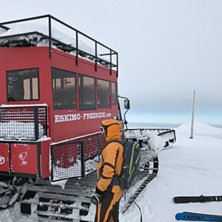