9-days snow forecast from Gesundaberget
What do you think about Gesundaberget?
Write a review
5
4
3
2
1
3.8
38 reviews

Lars (Guest)
Note! This text has been translated by Google Translate.
Show original

Small and familiar, but still offers something for everyone. The entire plant has lifted itself considerably in recent years. Well maintained slopes and cross-country trails and very nice reception.

ulrikaelisa
Note! This text has been translated by Google Translate.
Show original

Gesunda I think is a simple place to ski. There are rarely any lift queues or crowded at the top cabin or the inn when you want to eat or drink. There are nice varying slopes and forest paths that the younger ones gladly go in. They also have nice length tracks one of 13.5Km with quite a lot of slopes in which gives good training. The view over Siljan from Toppstugan is fantastic.

Nice well-kept mountain with good long runs for all tastes.

After a few heavy years, Gesunda has begun to bet again. Were there a few days under the sports license and was very pleased. Most of the slopes were well-ventilated and restaurants were open both at the top and in the valley. The trails that are used for cycling in summer also work the best way to go skiing for the smaller guests.

In comparison to (more) nearby Sälen's more extensive range, Gesunda will instead be proud of similar fall height, lower price picture and smaller people on the slope. The wood-fired pizza at the inn is also really good.

Kire (Guest)
Note! This text has been translated by Google Translate.
Show original

Few mountains in Sweden have so varied terrain, at snowfall the upright slopes grow up and make Gesunda an offpiste paradise! If you hang out with the local club, they are happy to show hidden secrets around the mountain. Also very impressed with the bicycle tracks that also work in winter! Awesome if you like skiing / boarding.

M (Guest)
Note! This text has been translated by Google Translate.
Show original

Was in Gesunda this weekend. What a disaster. A facility that was quite good has been drove to the bottom. Few people, ski shop with shelves like gaps, slopes that are rejuvenated with slam and can not be opened / pistachio, chairlift that looks like it has not been moved for a long time, no ski school in addition to the sports license, short opening hours (10-15) ... ..the list goes on.

Bottom rating. There are other local options that are handled much more professionally. I mourn over the Gesundaberget, which must be dangerous close to the grave.

Was there New Year's weekend. Surt. Will not be back. Why does Gesunda fail to put snow. 1 back open, an elevator running. Badly bad. Nice staff by the elevator, not their fault, but though. I think there is no ambition and money in the company. Too bad for the mountain is fine. The backs could be good. The view at the top is top. Should check week 9 if I change my mind.

Fredrik (Guest)
Note! This text has been translated by Google Translate.
Show original

Gesundabacken is one of Dalarna's oldest facilities, and it is noted in some ways when comparing newer slopes with higher demands. However, much has been done to keep up and a lot is still good. First of all, the view from the top of Siljan is one of the best in this landscape. Only it makes it worth a visit. The slopes are okay, but are far too short. The mountain is much higher really and if you had built it later you would probably have planned for longer runs. The park is good for being so small and there is a lot of fun offpiste to go but you get out into a nearly flat "backe " that goes around the mountain so snowboarding without rods is not that fun. The lifts are old and sometimes very cool. The tip is to go early in the season for a little off-piste skiing or in the spring sun when you can have the whole hill for yourself and the tourists are at home. The best slopes are in shadow mode so the snow stays longer than you think. The food is alright but the best is to have your own and warmth. Overall an okay back that may not offer the really big challenges but still okay for everyone. Minus for short slopes and old lifts.

The development of the slopes, the snow cannons is really good and above all the development of the park area - good work. The purchase of the new cottage with the extraordinary location is right done. The new layout regarding lift ticket prices is praised, which will certainly also provide a good response during the summer for downhill. JBra value for money. Ag signs the whole family for this winter.

Why, however, do not invest a little more offensive and let the plant grow with some new slopes in other weather? There is a lot of potential on the back of the mountain as well as the top of the hill, rocking and breaking the most in Sve if it was realized would raise Gesunda to a high level. I know that land ownership is on others but it's about having visions and feeling like a cruel side.

The Wärdshuset, however, lives in a completely different division, requires a real boost. Tip is that you start serving "ski-baked" like Gulaschsoppa, spaghetti with meat sauce, waffles, hamburgartallrik etc. The pizza of all glory is really good but the menu by the way leaves much to be desired for us as visiting the facility. Nor can I run a Wärdshus without Glühwein or hot-shocked with cream (which did not do on powder and hot water). Afterski is also a must during the prime high season.
It is in the right direction, but you need to raise the pace and, above all, employ positive, friendly and service-oriented personnel at Wärdshuset. It has been strange in the past 2 years!

Add Catastrophy to the big hill so visitors can enjoy the sick race from first parquet as it was a few years ago. The current situation beyond the back of the barn or at the park becomes a commercial double error.

The absence of Björn Skishop is also great and you can work hard to get the same "close" with the locals. 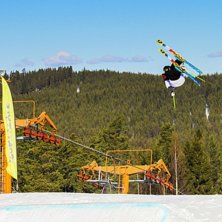 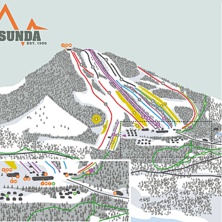