9-days snow forecast from Haukelifjell
What do you think about Haukelifjell?
Write a review
5
4
3
2
1
3.5
2 reviews

Was there week 7 2015 with the family. We stayed up the hill with one of the best ski in / out locations I've ever had, the view was also amazing. We chose Haukelifjell because it was cheaper than the southern Swedish mountains during v 7 and to avoid all the crowds of people like the seal v 7 ... We also chose Haukelifjell for the extremely easily accessible offpiste terrain so that the kids learn go well. The terrain is really great for easy off-piste skiing. The ride is on both calf mountains and in fantastic parklike forests, if conditions are the right ones. Now it was a big storm the first day so the whole mountain blew out .. sour ..
The system: There are only button lifts and an anchor lift in the system. It works well but a great warning is issued ..... The lifts are only open on weekends until week 6 and during week 7 (the week before the Norwegians start their sports permit) there were only 2 lifts open so we did not get to all the slopes in an easy way. Now there were no queues anyway for weekdays week 7, it was our family and a few Danish families there. Week 7 and it's kind of 30 pers most like the lift system .... The few lifts and torn mountains led us to tire a bit and went off to Hovden ski center and Röldal, two other systems that can really be recommended. It is very difficult to score. The mountain and the accommodation get at least 4-5 in grades but the lifts were not open is untrue ... Week 8, there are a lot more people. If they had marketed the place in Gothenburg, they would be able to get more guests o while opening up more lifts. The car journey from Gothenburg is short for miles, but in time it takes about 6.5 hours in effective driving time. However, shorter time than the seal.

Syafiq (Guest)
Note! This text has been translated by Google Translate.
Show original 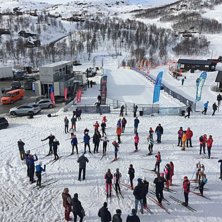 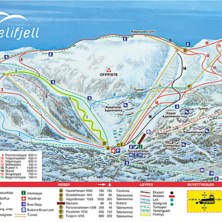