Killington Resort is based in Vermont's Rutland County. It is the largest ski resort on the East Coast of the U.S. In addition, Killington Peak has the largest vertical drop in New England at over 3000 feet.

The resort is located in Central Vermont at the junction of US Route 4 and State Road 100. It's three hours or less from Boston, MA and Albany, NY. It takes approximately four hours to get there by car from Montreal, Canada, and New York City.

The birth of Killington Resort took place in 1954. This is when Vermont's land lease officer at the time, Perry H. Merrill, decided a ski resort should be placed on Vermont's second-highest mountain, Killington Peak. After its opening in 1958, the space expanded at a pace beyond industry standards. In the 1960s, Killington became one of the first Eastern resorts to utilize snow machines.

What Visitors Should Expect

Killington Resort calls itself The Best in the East. Visitors to the area may say the same thing, as it's one of the larger destinations in the industry. Furthermore, it touts itself as a year-round attraction, which draws even more visitors.

Six more mountain peaks joined Killington over the decades. Interconnected through a series of lifts, the entire resort contains over 150 trails. Most of these fall under easy and intermediate categories. The majority of single and double black diamond trails are concentrated on Killington and Skye Peaks, Snowdon, Canyon Area, and Bear Mountain.

The Killington Grand Resort Hotel is the only full-service mountainside operation. It offers guests a choice of seven room types. The largest, the three-bedroom penthouse, sleeps up to 10 people. In addition, the Grand Resort Hotel has a restaurant and cafe. A bridge connects the hotel to Killington Peak's trails while a shuttle service drops visitors off at the base camps of other mountains.

Several more townhome developments and hotels are managed by Killington and feature transportation to the lifts. The first ski-on, ski-off community in the area is based at the foot of Bear Mountain.

Come the summer, Killington Resort transforms into a hiking and golfing mecca. The course is 200 yards from the front door of the Grand Resort. From there, visitors take lifts up to the mountain peaks to being leisurely hikes down to the base camps. There are also several high-speed mountain bike trails available for use.

There are other activities to participate in while at Killington Resort. Visitors have the option of learning how to ski in the winter and mountain bike in the summer. Year-round, guests can partake in the Grand Resort's spa, 75-foot heated outdoor pool, and two hot tubs. During the warmer months, the resort hosts several concerts.

Needless to say, a visitor to Killington Resort has plenty of options available no matter the time of year.

forreal
Note! This text has been translated by Google Translate.

Just thought the saga that they open in the middle of Nowember, will be over Thanksgiving for years before I go to Aspen ......

forreal
Note! This text has been translated by Google Translate.

The best thing about Nanko NYC, if you're in America now, I'd tell you that Killington's like Are a little bunch but a lot of snow, the last season, t... Read more (71 words) 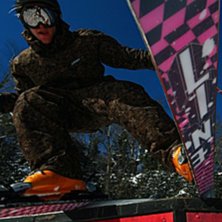 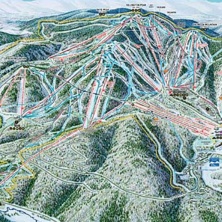