What do Robbie Williams, Princess Dianna (when she was alive) and the Dutch Royal Family have in common? They all love de Lech in Austria. Lech is a wonderful and exclusive ski resort with almost guaranteed good snow conditions and sunny days. An upside is that Lech is part of the enormous Arlberg ski region, which also includes St. Anton and Züch, and where skiing is absolutely top class.

The region has four lift systems with 97 lifts in total. There is a gondola lift that takes you all the way up to the Rutikopf mountain with an elevation of 2,362 meters above sea level. Generally speaking, the pistes at Lech are nice and wide and make for comfortable skiing. If you are after a bigger challenge, then neighboring Zürs offers skiing through narrow and steep terrain. Don’t leave Lech however, if you want to try really sick off-piste skiing and exciting snow parks!

Lech is just totally overpriced. The problem is the outdated lifts that regularly lead to long waiting times. Those who stay longer should definitely book a cheap accommodation in Warth-Schröcken or St. Anton and then drive to Lech with the interconnected system. The area itself is of course great for freeriders, but price-performance is a joke. In the tourist office, no one knows.

Karin (Guest)
Note! This text has been translated by Google Translate.
Show original

With few transport routes, very varied slopes, efficient lift systems and anchor lifts, it is a very good ski system. Then there are good restaurants on the slope and a afterski range for different audiences :)

Lech has good sun and sun conditions with its 1450 meters. The snow conditions were good and during a night there fell about 10 cm of snow. Outside the slopes the snow was hard pressed. Therefore, only slopes were on the slopes. It was sunny weather almost all the days of the week that I was there. Week 11 which was a week before Easter meant that there were many visitors and more came when I left the resort.

Lech consists of the ski systems Lech, Zurz, Schöcken and Warth. In addition, you can solve a lift card to go to the nearby St. Stephen's Cathedral. Anton's ski system, with its subsystem St. Christoph and Stuben. What I did during a day. For the season 2016-2017, a gondola will tie the systems between Trittkopf in Lech and Valluga in St. Petersburg. Anton. Lech and St. Anton thus becomes a single large system. Probably the largest ski system in Austria!

From Lech, two gondolas go up to the mountain Rutikopf 2362 möh, which provides an opportunity to go in a circle and come back to Lech via Zurs, and if you wish with a long way through Zug. From Rutikopf there are some ski routes and a long blue piste to Trittalp 2423 möh, which has a pair of nice red pistes.

Zurs has nice slopes on both sides. The town itself is a one horse town with some major international hotels along the main street. Zur's main system is located on the western side of the town up to Madloch Joch 2438 moor and to Muggengrat2450 moor. Mixed with blue and red pistes. Here there are opportunities for off-piste skiing.

To the parts Schöcken and Wart lower than Lech there is a long lift, which has both an egg and a chair lift in the same lift! Wart has several black pistes and some off-piste opportunities while Schöcken is flatter.

Most restaurants are nice but especially Tritalm in Zurs, Balmalp in Zug and a number of right exclusive restaurants in Oberlech. Lech as a place has a patina of elegance. There is a small department store called Strolz Sport & Mode with good shopping opportunities. Strolts has conquered several stores in Lech. The resort is by far the most exclusive resort I have visited in Austria. In particular, Oberlech. Lech is a quiet place when the road is closed over the pass during the winter and the resort becomes a dead end. Therefore, there is some traffic on the main street. Good communication is provided by mail bus to the Langen railway station.

In summary, Lech is beautiful, sunny and snow proof. Suitable for all skiing with mostly average walking. Exclusive and cozy but at a higher cost. A fast-paced afterski is available but nightlife consists mainly of nice restaurants. The Austrian visitors come mainly from Voralberg and the foreign guests from mainly Britain and Germany. By Börje Hammarling.

come and visit the best of dadees austrian powder resort, too much to ride in two weeks, or months.
cliffs, steep powder chutes, endless powderfields and a snowconsistancy like no other resort in the european alps.
do like Jon Olson does, or Stian Hagen and come visit our powderfields!
you will not regret, promise.make shure to come February or March, best snow all season, for shure.
so long swedes,
a biiig hang loose from austria!
and dont be dissapointed, the park sucks as, if you got kids, the park is just cool for them, but its about the freeriding here!

2006 was my 19th year in Lech.
Has become so because my dad brought my family to Lech for as long as I can remember. (& even the lifts, they recognize me year after year!)
Dad himself has probably traveled in Lech for at least 40 years. (My dad fills 70 in January 2007: D)
So every year in January, usually at 4 or 5 we have gone, good snow, good weather, just cold and no lift queues! :) You do not want to go for a long time in queues to get out on the piste a beautiful winter day with a glorious sunshine and snowy snow!

Now I'm going to make my first season, when I longed for it for almost 2 years, is finally finished with the school and a 2-year KY education in advertising and marketing in Gothenburg.

Founded at St. Anton, but on closer reflection, it probably becomes Lech, because I want to learn more German, go hiking, not too much congestion and not too many Swedes: P
We Swedes tend to want to be together, a bit like a social trip; D And it's not just we Swedes, but most people. Just look at the Chinese! : P

Mankan always changes when it comes to alpine, you can go and greet in St. Anton if you want to fix it when it's available eg.
Sure, there are some more "rich people" in Lech, but like the atmosphere in the village, most are friendly and charming.

Skiing is my specialty, when I tried to board myself a few years ago, I seriously killed me, I mean, a board, instead of 2 planks! That said, not my thing, but the brother who is 17 in October is cruel on board!

CaLle_PoNkeN
Note! This text has been translated by Google Translate.
Show original

Leach is the best fan good park o Absolutely gorgeous off the slopes, almost all the stones are just good drops Oh always good pillows YOURSELF, I'm just kidding people just a lot of rikqa guys walking around the fur o then everyone gets back for themselves: D as good all 5 things are there 1. cozy city 2. good off piste skiing 3. good business 4. good resturants 5. soft people: D in my opinion, leach is the best ski resort i've been to x)

In Lech it is SO GOOD good ride.
Been there last season and had an incredible winter. There are unbelievable amounts of pillows to find even if it's been 1 week since it was dumped. Just come home after a short holiday in my dear Lech and I'm just dreaming when I'll be there soon again. Take the chance and explore Stuben, the awesome off-piste. Not only is it a heavenly pillow, if you want a park of quality, it's included.
Nothing to be said about. LECH IS LIFE.
And as mentioned earlier, it's not a party scene like St Anton, but it's a good thing. Crew is good, great cohesion, not a lot of Swedes as said, but so many other wonderful people.

As true as it is said ... in lech you will find a whole lot of fur !!! But the ride is awesome !!
A lot of pillows and a nice park as many others often come and borrow. Certainly there is a party here, only one is a bit tighter with the rest of the seasons instead of hanging out with only Swedes. The seasons here are from all over the world and it is an extremely beautiful community. By the way, lech is a bit higher than anton so when the snow is gone there is the park here the hottest !!

Just have to complain a bit on the previous review.
You are absolutely right that there are VERY fur and less Gore-tex there. It's not the same nightlife as, for example, in St. Anton. But seasoners who have been here once come most often back. Do you know many who have been to St Anton and season before, but have changed to Lech because there are no Swedes wherever you turn and because the ride is so much better here. If you are most looking for the party, you should definitely go to St Anton, but if you leave for skiing, you should go to Lech.

P_G
Note! This text has been translated by Google Translate.
Show original

It is the same type of mountain as in Anton because it is located in Arlberg. However, the ride is much lame ....
By the way, it is more common with fur than with gore-tex, which says a lot about the people who are there. The village is nice although the people are anything but skiers. I would not be surprised if the type of half of them never goes ....
But because there are so many who do not go or who go bad, there is no competition for the powder 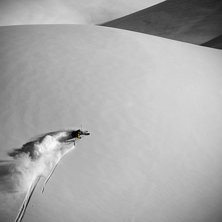 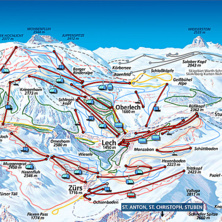