TNT (Guest)
Note! This text has been translated by Google Translate.
Show original

No queue of fantastic snow !!

wenblad
Note! This text has been translated by Google Translate.
Show original

Me and two old poles who knew each other since we were seasoned in Val'disere in the late 90's were up in Songdal Easter 2017. Most to go for a trip but one day we drove in Hodlekve Alpinanlegg.
We stayed at Kjörnes Camping down in Songdal and this morning it rained down the fjord so we took it quite calm in the morning. Did not even expect that there would be any rides when it turned out to be true flatlight. After lunch, we went up to check out the Songdals ski center, which is also called Hodlekve Alpine.
When we got up it turned out that it was 15-20 cm snowy so we bought an afternoon card and drove a walk, which I think is called Rindabotn. There were probably sparse forests of mountain birch and really large areas. We were still there on Easter, which is Norway's biggest festival in the mountains, but there were no lift queues that were not talking about. The lifting offpiste was really fun, not very steep but playful terrain.
The ski system is nothing where you spend a week, but 2-3 days will work especially if it's snowy.
Otherwise, Topdan's possibilities in Songdal are really good with several trips suitable for those like us who did not drive so much "Skimo" with short notification shots and you see the whole ride from the parking lot. 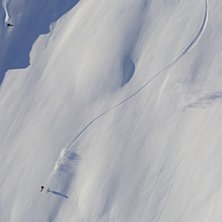 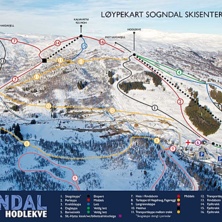