9-days snow forecast from Storklinta
What do you think about Storklinta?
Write a review
5
4
3
2
1
3.7
6 reviews

Björn (Guest)
Note! This text has been translated by Google Translate.
Show original

A true winter paradise! The slopes are always well piste, off piste for all levels. A really nice 2.5km cross-country ski trail through the forest. Lovely buffets in the restaurant and nice and service oriented staff.
What a lift since the new owners took over a few years ago!
Only option after the coast for me iaf.
Great job everyone at Storklinta!

MaRcUs (Guest)
Note! This text has been translated by Google Translate.
Show original

a fun place gets both as big as those those pipes in the woods are so bad they can dig down now, so hard to build hopes for them if you go into the woods, but maybe it's good, but maybe you'll have a big jump and a half-pipe more but it's supposed to be for twintips skiers and snowboarders, but if you go twintip, I'm fine, but it's good that they have a knock-on lift 2 knocks the lifts and the kids back, it's only possible to do that so Those little barracks do not have to go in those 5 other bakers and beginners so clearly
and those who have come to feel ready to travel in the big can
but also carried offpist backs but I am sure to shut up to the rocks and put a self-esteemed sign on the rocks because they are not playing and can I just say so take it easy ......

stojje (Guest)
Note! This text has been translated by Google Translate.
Show original

A place with good conditions for being on the north coast. Good slope and often a lot of snow. But ... Two lifts next to each other that go straight across the line and a staff that is completely uninterested with modern skiing. A terribly badly maintained halfpipe where there is a ban on skiers. They could scramble a little in the woods and remove iron pipes and reinforcing iron located in the woods edge. If the staff would also be able to maintain bigjumps and halfpipes or even fix a ski / crossroads, then this place has the potential to become one of the hottest plants in the coast.

Therese_N
Note! This text has been translated by Google Translate.
Show original

Quiet forest skiing on most sides of the slopes, but they have now touched o like that in the middle of the powder that has been stuck on several occasions. really bad childback, on the other hand, for beginners who might learn to swing or brake, they go into the fence, after all, the hill slopes to the right. otherwise they are terrifying me with the other slopes, for example where they only piss half the back so the other part is deep pillows. how nice!

Fun preseason to slip the technique! You can find a quiet, steep terrain if you ski skier's right about the hill in the woods !!
Be prepared to pull through the woods back ...

Faith (Guest)
Note! This text has been translated by Google Translate.
Show original

It's a very good beginner backe, maybe a bit too lame for us professionals. Lovely view and a lot of snow in the hill a little plus at the edge. 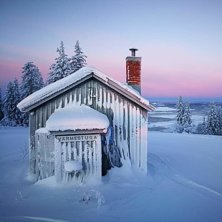