9-days snow forecast from Kanisbacken
What do you think about Kanisbacken?
Write a review
5
4
3
2
1
4.0
4 reviews

Emma (Guest)
Note! This text has been translated by Google Translate.
Show original

Magnus (Guest)
Note! This text has been translated by Google Translate.
Show original

Best coastal back in the northern bottom of Kåbdalis. Offering on Storkanis (which does not belong to the ski area) is absolutely world class! On the hills and rides!

The plant itself, however, is old, despite constantly trying to improve the surface by building caravan sites, etc. The best and the steepest part of the back has given way and let it grow again in favor of the cross-country ski tracks below the hill. A lot of pity since then there was a really nice puck piste here.

The park and the bigjumps that are built usually hold high quality. Bonus that the village's youth are invited every year to discuss what features they lack in the back.

The lift is in a completely wrong place and brakes a lot of the potential of the hill. It would be possible to make real improvements instead of the minor facelifts that are being done now.

- Opening hours
- The lift (in the wrong place and must belong to the country's oldest?)
"You can grow parts of the hill again
- Fall height and slopes on the slopes

David (Guest)
Note! This text has been translated by Google Translate.
Show original

- a lift that needs upgrading

Pitebon (Guest)
Note! This text has been translated by Google Translate.
Show original

Superbacke with great development potential! Beautifully well-groomed slopes with good fall height. Suits the whole family! Good prices on ski passes, nice thermal cabin and plenty of barbecue areas as well as an ok restaurant. Good for nearby locations. Minus is that there is only a lift. 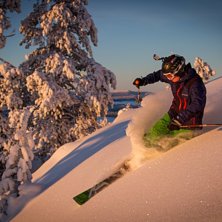 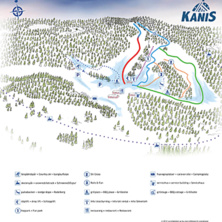