Zell am Zee was once similar to Åre and Davos, a spa and health resort where people went to relax and heal with the help of the clean air. The resort, with more than 9,000 inhabitants, is located by the lake Zeller See and near Kaprun, which has the snow-proof Austrian glacier system called Kitzsteinhorn at 9,900 feet above sea level.

As always, when in Austria, you will realize how big and how many mountains there are. You can almost always expect to have a backdrop of steep, rugged rock formations that eagerly reach towards the sky. This is one of Austria's major strengths.

Another strength is that the same mountains tend to always pressure the surrounding clouds with immediate results and they release their load. In the wintertime this results in a lot of snow and beautiful days.

When combined with a lake, as in this case, you run the risk of being subjected to a breathtaking beautiful environment that will make you want to take photos wherever you go. Therefore, it may be good to prepare with an extra external hard drive before the trip.

Nameless
Note! This text has been translated by Google Translate.
Show original

We were in Zell v. 4 in 2020. Stayed in Schüttdorf, which turned out to be perfect. The Areit lift will take you quickly to Schmittenhöhe and if you want to Saalbach it is convenient to take the new Zell am See express down to Viehofen, where there is a short and well-traveled bus route. From the south side of Zell it also gets a little closer to the glacier at the Kitzsteinhorn.

We had a lot of sun and a decent layer of ground snow so the conditions were perfect and we were really impressed by the slopes. Almost no queue either. The lifts are very efficient. We who got used to St. Anton were not at all bored in Zell am See.

The restaurants on the slopes also have the classic Austrian atmosphere, or why not an evening at the classic Hotel zumHirschen? Over 100 years of tradition and it tasted!

My only minus for this trip was that there had been a couple of mff pigs and put up other light blue stickers, but that had to be torn down with a sharp stick simply. Zell am See is a HIF country! Otherwise there were a lot of Dutch on the slopes and some Russians or Poles. The English were also represented.

New destination for us Swedes. The new lift that links together Kaprun with the glacier makes Kaprun a top-class ski resort !!

linnmatilda
Note! This text has been translated by Google Translate.
Show original

Good skiing in Zell am see, you have to visit the Kitzsteinhorn. Even better skiing and not least on the spring edge when Zell am see is lower and becomes a bit sloppy after lunch. If you want to eat out, stroll around and so, it is in Zell am see you should live.

Pommer
Note! This text has been translated by Google Translate.
Show original

Travel our fourth week to Zell am see v8 2019. Very good skiing both in Zell am see and Kitzsteinhorn. Choose Zell am see for the wide range of restaurants and things to find when you are not on the slopes. Can warmly recommend Zell am see to families with children.

- Wide skiing in Zell am See (Schmittenhöhe) and world-class pillows in Kaprun (Glacier Kitzsteinhorn). You can ski in both resorts with the same lift card, which makes the area particularly interesting. Since 2016, Zell am See is also joining Saalbach-Hinterglemm, which technically makes it Austria's largest ski system - bigger than St Anton.

- Afterskin is up and coming in both Zell am See and in Kaprun. OFF PISTE BAR offers a cruel party at La Fjällgården in both villages of live music every day in its two bars.

- The restaurants are overall high class. Can recommend Deins und Meins and Brasserie Traube in Zell am See. The Kitcsch & Bitter restaurant serves a good jaw in Kaprun.

- Easy transfer from both Salzburg (just over 1 hour by car) and Munich (just over 2 hours by car). It may be worth taking the train from especially Salzburg.

aaf (Guest)
Note! This text has been translated by Google Translate.
Show original

Bets hard with new lifts every year. Kaprun is a very good alternative to staying in Zell.

Igel
Note! This text has been translated by Google Translate.
Show original

Were there on the 10th of 2009. Very welcome, Dane! Zell offers complete skiing. One has a smaller park in the back. The punch is not in class with Italy's perfect manchester. Then you have a ski bus to Kitzsteinhorn and Kaprun's glacier skating on the lift pass. Half an hour by local bus.

The food out e cheap. A soup of today costs 3.5-4 Euro and one beer the same. The food outside tastes kalas. Bet on the little insects inside the slopes. There are plenty of pubs with prices below home. A bottle of vodka in the store costs 5-8 E and a Gordon's Gin 11 E.
In terms of shopping, I actually do not see anything to trade. Most of the same prices are at home and Mediamarkt has opened with here. They are actually more expensive than home on many products.
I'm happy at all. Went with Lion Alpin / Hojmark.

Crussoe
Note! This text has been translated by Google Translate.
Show original

Kaprun! Unnecessary with a description, go there with your eyes - unbeatable!

bibop
Note! This text has been translated by Google Translate.
Show original

Was there in Christmas 2007. Completely OK with snow, but the offpiste seemed to be properly harvested.

+ long slopes, beautiful black. nice blue. generally wide.
- Many people on some scratches. long queues to get up on the mountain if you are not early. busy with sunshine because it lies most to the north - but it may be good at times.

Wahlin88
Note! This text has been translated by Google Translate.
Show original

Sailing: Where to go, the supply was not very big, the Zell am See system was good at the beginning of the week, but at the end they had taken a lot of people to go, very wet snow in the afternoons. However, Karprun had a lot better snow, and found some okay drive outside the slopes, they had their "natural halfpipe" (ravine) around there, where we went the most when we found some fun little drips. The park was okay but extremely poorly placed when you had to take two lifts to get to the first jump. The half pipe in the Zell am See system was safe when it was melting all week we were there, the park was turned off because they would be a race. However, feting lifts almost everywhere.

Party: They were actually really good a fairly large range of taverns. Be the most of the carambar and discot Viva. Other good bars were Rock Bar, B17.

The accommodation: Stayed at Haus Edelweis, really good and caring. The quality of the stuff was so good given the fact that the TV racket was loosened from the road the first day, but seemed to be aware of them when we believed in the story we were telling.

Travel agency: Traveled with Lion was not involved in any activities but they were okay.

The place: Pretty cheap found good eateries in the slopes and the like.

All in all: Okay, the place to go at once would not go back there again when the ride was not very good, maybe better any week than just week 8. Great place for beginners or people who just want to party. 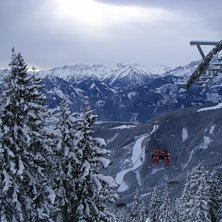 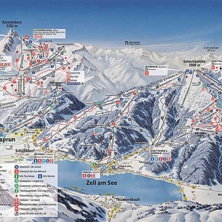