Kokikola
Note! This text has been translated by Google Translate.
Show original

Small part of the ski area around Innsbruck. When I was there (winter 04/05) free ski buses from the Finanzamt went between the clinic and the Marktplatz in Innsbruck daily.

Axamer Lizum is a rather small ski area that is highly recommended during the weeks when there are little people. Relatively many Swedes are there during the sports week.

The restarun on the top is very nice in fine weather when they open the roof so you can sit indoors and enjoy the sun.

The "train lifts" pick up quickly to the top and in general, the system works well. However, stones on the slope can occur when snow is bad, which was unfortunately for most of that season.

If you need heating before the morning racing arragneras such as in a group of leaders and even if I have not tried it, I think it's useful!

Christoffer_Olsson
Note! This text has been translated by Google Translate.
Show original

Small place but nagging good. A visit to Bären-hütte is recommended. A whole week can get a bit much but a couple of days is perfect. The people and their mentality are what make the place of a flower among the weeds. When it's snowing really, the offpiste is really fabulous and easily accessible, and it's too long for a long time too.

Smaller ski resort near Innsbruck, visits are recommended mainly on weekdays as there are little people. Had my best ski day in 2003 here, easily accessible off-piste. There are some nice slopes. OS backing 1976. 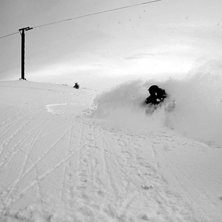 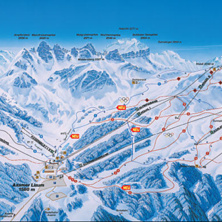