Once upon a time, Bad Gastein was a spa town whose casinos attracted both royalty and European jet setters. The valley has been known for hot springs and beautiful hiking trails for several hundred years. Since the middle of the last century the main focus in the winter has been skiing, and hiking is the most common activity in the summer.

The valley has four different ski resorts and each one has its own special characteristics - everything from the wonderful spruce forest in Dorfgastein and Grossarl which you can get to through old racing hills on Graukogel to high alpine Sportgastein in the south. Stubnerkogel is the name of the mountain located closest to Bad Gastein itself and there are lifts connecting it to Schlossalm, which is above Bad Hofgastein. These two mountains represent the largest and most versatile ski region in the valley. There are ski buses going between all the systems throughout the entire day.
Bad Gastein includes the ski resorts Bad Hofgastein, Dorfgastein/Grossarl, Graukogel, Schlossalm-Angertal-Stubnerkogel, Sportgastein

Knut Ødegårdstuen (Guest)
All good, maybe we were lucky with the conditions, but all in all exelent.

Pauli Yrjövuori (Guest)
I used to go to Bad Gastein in the 80's with my parents, loved it, then again in the 90's with friends. 2010 was there with my family during summer. Now I'm in my 50's and I have returned. Its still the place to be for me. Good slopes, and no serious lines to the skilifts. Good food, if you just manage to get into a restaurant. Many of the restaurants do not accept reservations for a single traveller.
I also miss the railway station restaurants pepper steak. Too bad, that restaurant wasnt there 2018.
Im going again this coming winter 2020. :)
Really looking forward to it.

james (Guest)
Just Got back from this sleepy little austrian resort, well , if you want great snow and untracked powder head here, i went beg of march 09 and the snow was great, no lift qs, and untracked powder to be had all over, not much night life , best bar here is silver bullet, mostly nice big hotels so i pressume people stay in and enjoy there big bling hotels at night and chil out, best runs are head over to angertal then as high as you can go , then take the red off the back of the mountain, its like a 15k run, super fast and tree lined but best bit is theres loads off piste at side to dive into, only go to sportgastein on a bluebird day as its higher and open to the wind, but good motorway pistes here, big wide open ones, bad hofgastein also got some sic terrain for jibbing , loads trees here all over for playing in, dont go to bad gastein to party, but if you want a chill out and good ski in the day then its lovely place indeed, with a big waterfall the centre of attraction in the town, check out the red bull playstreets course whilst ya there its sic, the rail over the roof of restaurant is super sic.

kaido (Guest)
I have had great piste and off-piste at Sportgasain: wide, fast and well-kept pistes and at least one very good (mindblowing for me) off-piste left from the Kreuzgogel.

BAD GASTEIN, AUSTRIA
The first impression of Bad Gastein was that it was a cozy, sleepy little mountain village with lovely skiing. As we walked around after arrival it felt as if the village had experienced its best days. Many restaurants and shops were closed, if they were renovated or closed for good it was hard to see.
We were there last week in January 2019. It was a heavy snowstorm that pulled in over the alps in that crank, we heard nothing about it in place, but found out when we called home. Avalanche warnings were issued in the villages around Bad Gastein.
That meant that off-piste skiing was fantastic, but it was a little nasty to hear afterwards how much snow actually came during that week.

NIGHT LIFE
The nightlife probably suited young people and young adults better than middle-aged boys and young guys. Me (52 years) and my son (13 years) were not that impressed. However, the only apron we were on was perfectly ok, but a little bad with people.

SKIING
The skiing here is suitable for both beginners and more advanced riders. It was absolutely fantastic off-piste skiing and absolutely ok piste skiing. The slopes were well maintained and contained a good mix of light, medium and difficult slopes. A variety of off-piste skiing was what attracted us to go there and we were not disappointed.
There were quite a few people when we were there which was noticeable when we went down to the village in the afternoons; the only (?) Transport route down was full of riders of varying skill. Some days it felt a little nasty and even dangerous.
We were lucky enough to go when it snowed every day and night, so we had plenty of powder every day, except for the last day when the sun was shining. Even the sunny day contained fantastic skiing, but it quickly became slush in the slopes.

We bought a package with travel, lift pass, accommodation with half board, rental equipment for both of us. The trip was a last minute trip, so it was greatly reduced in price, yet it went on about 18,000 for both of us.

THE FOOD
The food was good and there was a great variety. If you brought your lunch bag, it could get away very cheaply, we had our own lunch on the slopes. We paid about SEK 50 for both of us when we traded lunch with us from the store. On the slope, a lunch cost much like the Swedish mountains. We paid approx. SEK 350 for each hamburger plate with French fries, a beer and a Coke. Down in the village the lunch was a little cheaper, there were some small fast food outlets that were good and relatively cheap. We would recommend eating fondue, we were on a fondue night and it was the highlight of the week in terms of food.

Plus
-Offpiståkningen
-The food, especially the fondue evening
-The variation on the slopes
-Rodelbanan

Minus
-The price of the trip
- Very closed in the village
-Information about, for example, the location of the tour leaders
- Breakfast at the hotel

Summary
It was a more expensive trip than we thought, but the off-piste ride made it worth the money. I don't know if I would go there again, much depending on what it looked like in the village, with everything closed.
I would rather go back to, for example, Avoriaz in France, which is an incredibly cozy village with fantastic skiing and even better food.
If you go to Bad Gastein we would recommend that you try the toboggan run, it was long and very fun to go. It was an experience to try.

Kerstin (Guest)
Note! This text has been translated by Google Translate.
Show original

Going down on Saturday, this is the seventh time.
wonderful place

Per (Guest)
Note! This text has been translated by Google Translate.
Show original

Like Gasteinertal and the variation available. Valid in both winter and summer. December and April my favorite months for skiing if the weather and snowfall are correct. As the season 2017-2018.

Korv (Guest)
Note! This text has been translated by Google Translate.
Show original

Bad Gastein is a nice ski resort that is easily accessible and attracts many tourists.
Positively:
Very large area if you count together the gastein with Dorfgastein-Grossarl, Kreuzkogel and Sportgastein. But each area has its own style and is not too big so it's easy to find.
- Good signage which makes it easy to find.
- Weather and snow proof, when I visited, there were several meters of snow on top.
"Despite 201 km of piste, everything is very good pistachio, better than the Swedish and Norwegian mountains at this point.
- The spikes are long and suck the mustard out of the legs. Most importantly, H1, H2 and H2a, which yields more than 10.4 km of piste.
- Extremely good lift system absolutely world class, no lift queues despite many people.
- Better food than Swedish mountains and much more affordable.
- Easily accessible 1h to Salzburg.
- The areas are not assembled, but ski buses run continuously and it does not take very long to transport between the areas.
- Nice staff and well structured.
- Nice mountain village
Sportgastein is a real gem with amazing nice views and alp feeling, a few backs.
- Nice and easily accessible offpiste in all areas, especially sportgastein.
- Dorfgastein is an underestimated area that is at least as good as the bath gastein. However, a little nicer backing with better carving possibilities.
"Bad Gastein is the core and has very long and demanding slopes, perfect if you are driving a height meter, but there are also fun ski crosses and slalom bombs like in Dorfgastein-Grossarl.
- Very varied skiing in several winds and the lift system is incredibly well thought-out. Dorfgastein-Grossarl is the best area.
- Many restaurants and housing opportunities.

negative:
- SO MUCH SWINDS AND DANISH USCH. DO NOT BE KNOWN AS YOURSELF. IT'S SO MISSING AS YOU SELL.
- Hotel Crown offered discreet food.
- There is only one way home from angertal to bad gastein. The slope is narrow and always crowded with humps and people. Had been good with more options.
Many people in the bath gastein the other areas are absolutely perfect with some people.

A (Guest)
Note! This text has been translated by Google Translate.
Show original

OK backing. A lot of fun for the kids (not my thing). Sportgastein and the old Grand Slamack are the best. Very, very Swedes. Like Åre in the Alps.

A wonderful cozy village, located only 1 h by bus from Salzburg. The village has something for the whole family, skiing in wide, gentle slopes to steep slopes for those who like to stand on the whole days. Then do not forget the H1 / H2 in Band Hofgastein, one of the longest slopes of the Alps (14,4km). The Bad Gastein and Bad Hofgastein lifts are so easy to get there. If you are more interested in offpiste, there is an extremely good off-piste ride, with an easy bus ride to Sportgastein, you have a high-heeled mountain with very easy-access offpiste. Those famous rivers: the North and the South that attract people from all over the Salzburger Land. 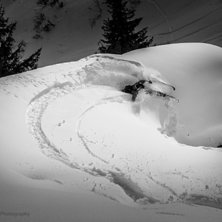