SkiBoarder (Guest)
Overall agree with the previous comment. Skiing at the resort is great. Good, well-maintained mix of mogul fields and well-groomed runs, modern and efficient lifts and almost no queues at all (this was a no-holiday season weekend). Overall level of skiing is quite high, i.e. relatively few beginners here compared to the resorts closer to Beijing.

I heard several local skiers comment that Beidahu was quite similar to Yabuli, but less crowded.

One aspect that concerned me a bit was the lack of ski patrols/ guides. Several times, I helped 'stranded skiers' retrieve equipment on the run etc and I never noticed anyone to approach in case of an accident.

The hotel, as noted, is poor. It actually doesn't seem that old, but the rooms are in very bad shape, mouldy walls, stained carpets, dirty bathrooms and service staff are super-surly and slow. I read that Melco Resorts, the Hong Kong listed owner is in financial difficulties (they sold a few of their smaller resorts to pay down debt), so maybe the poor condition of the rooms and the bad attitude of staff is a reflection of that. Given that they charge around USD 70/ night though, this is not acceptable. I would go again, but stay in Jilin and drive. It is possible to stay at a nice domestic 4 - 5 star hotel there (I tried the Century for one night) for about USD 50 (booked via Ctrip, b/ fast included) and take a cab every morning and night (about USD 40 - 50 roundtrip in a Jetta, one hour each way).

Overall, definitely worth going to for the skiing if you are in China and have a long weekend to spare, but don't stay at the hotel unless you just want the easiest option.

(Guest)
One of the best China has to offer. Modern facilities, Steep and Long Runs, All new Rental gear, and a very impressive Gondola. Good for the experienced skier but as well has long beginner runs with excellent teaching staff as ski instructors. Definitely worth the trip out there if the snow is good, but go for the skiing, as you will find the hotel resort overpriced, bad food, and terrible service. However walk 100meters down the road and you will find friendly warm restaurants with great local food! Other option would be to drive or hire a car, stay in Jilin city at night and drive to the mountain during the day, I think it was less than an hour drive and the mountain is only open from 9am to 5 or 6pm 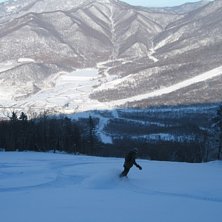 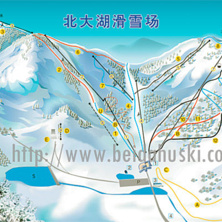