(Guest)
Good for domestic tourists to get their picture taken on a pair of skis. Not recommended for the experienced.

3 black good slopes, quite long, but no working pistons.
4dm new snow when I got there early on Mars. The temperature was between 0 ° C to -14 ° C during the week. Good cooked food at Windmill Village Hotel (booked through Sino Hotel).
The hotel is built 14 years ago. Without maintenance in China, it means that it looks like 40 years without maintenance. Water leaked into some rooms from snowmelt. The furnishings were loose and tired. Hot water only at certain times. Clean sheets and slippery cleaning on the other hand. The English were on a low level but they had an English menu in the dining room. On the other hand, it was very difficult to order breakfast and understand what would actually come out when ordering something. Something other than the luxury room is not to be considered in this place, I know, every 2 nights in another house in the area.
There are 2 other hotels nearby, remember the names. They seem significantly better, but English is even worse in these places. You may have to speak Mandarin both to get a key to the room and have food on the table there. It took me a quarter to get an information brochure from one hotel. Worth knowing is that the whole area will be upgraded with SpaHotell and lots of other new buildings, expanded lifts and slopes, etc. In 2 years, it may be advisable to venture again. The things mentioned should be at the hotel should not be counted on. The massage room was not nice, the last ping pong ball with very bad racket I just finished. The bowling alley was in good condition and the pool table was OK. The gym, the swimming pool and the sauna complex they would have, I did not ask for it afterwards. There was a ski area with a nice red back, which was pisted. It was with the help of locals to access it, but it was only for senior administrators from Beijing and at this time for China's Junior League to train. 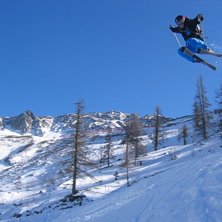 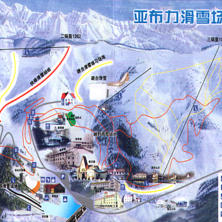