9-days snow forecast from Bollekollen
What do you think about Bollekollen?
Write a review
5
4
3
2
1
2.7
9 reviews

JEZ-revived
Note! This text has been translated by Google Translate.
Show original

Ball ball is, in my opinion, a better option than Alebacken for us who live in the western part of Gothenburg. If it was open, say. 2019 I don't think the whole hill was too open a single day, while Alebacken was open several weeks.
The slope is quite long, but large parts are the most transportable. Slightly occasional jumps and less park equipment. A new addition the last time I was passing by was a treadmill for children, which was probably a sensible investment. Before that, there was no opportunity for beginner skiing without taking a steep hill last bit.

Lisa (Guest)
Note! This text has been translated by Google Translate.
Show original

Canon good, lots of people and beautiful snow to go in. The new owners have done a fantastic job, so close to Gothenburg really recommend. Today 3/3 Saturday 2018 the top day, visits are made every weekend as long as snow is available. Recommends for the kids too!

RickardSvensson
Note! This text has been translated by Google Translate.
Show original

A facility near Gothenburg! Only 30 min from Avenyn.
The plant has been closed for many years, but since 2014 it is the new owner who invests everything in order to get started the plant in the state it once was stuck in modern style, such as snow systems and rentals.
Good slopes with the potential to expand to more slopes. The job base of building a nice child / beginner area as well as smoking for black backs.
Also built a larger park to the 16/17 season.
Well worth a visit!

The back opens for the season now on Saturday 9/1. There are new owners of the hill since some years, hope they get spinning on the hill and lucky with the weather!
In the rental area you can rent the skis from the 80s of the hill

Alex (Guest)
Note! This text has been translated by Google Translate.
Show original

The back is no longer in operation, but according to BT.se, it is now being sold. So hopefully it can be open to the 2010/2011 season again!

Bollebygdarn (Guest)
Note! This text has been translated by Google Translate.
Show original

The guy is a bit special but it's not his fault that the snow never comes ...
One pours with an old scooter and has not been open for many years. If it ever opens again, it's perfectly ok to be so close to Gothenburg ...
I myself learned how to knock there in the late 80's. Please check the rental if you get there, there are klenoder :) (which the owner would probably rate as well as the equipment of the day, though different)
Incidentally I think the back is called Bollenkollen o nothing else.

The ball ball claimed on its respondent yesterday that "we had perfect conditions" We were there today - lingonris, rocks and grass rocks all over the hill. No snow cannons, no pistons = full-bodied ground
We got enough after three years and demanded the money back. After much fun with the old man who owns the ball ball we got back 400 of 550.
Never again I say!

It was a long time since this back was in operation! 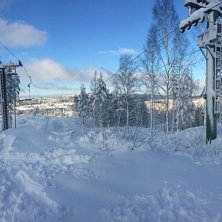 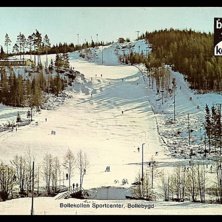