JEZ-revived
Note! This text has been translated by Google Translate.
Show original

In which case:
Had I lived next to this hill I had been there often, now I live on the other side of town and probably do not go there more times.

It is impressive that they managed to keep open as much as they do.
The slope is not so much to say, just over 60m high and pretty steep towards the end. There was a kids back when I was there. Good price on the lift pass and the 3h option I think was quite right.
I was amazed at how much people it was there despite the inclement weather (fog and drizzle) with bare ground around.
The cafe was nice and had a lot to offer.

Charlotte (Guest)
Note! This text has been translated by Google Translate.
Show original

The alebacks or slopes (3) are not stupid at all! Fantastic cozy o well-kept place that is affordable and close to Gothenburg! Big difference in price compared to eg Ulricehamn, Mullsjö and Isaberg. Then it is driven by a bunch of elders, also on a voluntary basis. Good back for beginners / children just outside the cabin / cafeteria, and just the other two backs (which have a "red party" but probably the most blue) are serviced with parallel lifts (anchor + button). Have been there for five half days now o no longer queues more than to the children's lifts around lunch on the weekends.

Small park also for jumping with rails. Now, last part of the area between the red was also confined to anyone who wanted to go on a bit of bumps. Absolutely seems Ale is recommendable to maintain his ride in between alpine mountains. Evening skiing also some evenings.

The only thing that is a little negative is that it was a bit iced now at the very center of one hill, no wonder, however, when it was 7 degrees o sun ... Good if the cannon still exists.

Puts a 4 to be cruel, that's cruel that the place is so close to Gbg at such a great price!

Filipakersten
Note! This text has been translated by Google Translate.
Show original

Good backing, however, may be a little shabby sometimes. Good thing that they have exchanged a small park. Rating: Really good park for staying in Gothenburg.

HjalmarHolmstedt
Note! This text has been translated by Google Translate.
Show original

I think the hill is okay but then you have to be there on weekdays because if you're there on a weekend you can have a queue for so long but it's worth it if you build a jump in the hill because they are not so many who jump so much where you can be in peace grade: okay

Kjellke
Note! This text has been translated by Google Translate.
Show original

Holds him666 ... but they have a number of bumps that are good and fun: You can also borrow spades and some boards to build your own staff: D

Madelin
Note! This text has been translated by Google Translate.
Show original

My closest back ....
The e card is not steep ... but it exists.
Most often, the blue is open.
They are good at making sure there is snow in the hill, which is good ....

It's not a hill that you go for walks but it's good to suppress the worst abstinence with ... so you live close to dying to go skiing so it works .... 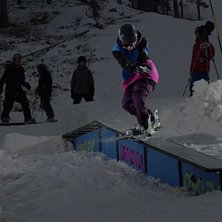 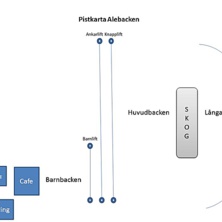