The birthplace of extreme skiiing, Chamonix offers the biggest and the most when it comes to skiing. Every inch of the mountain and the village has a sense of history and this is the place to visit if you are interested in steep hill skiing. Many legends have chosen to reside under Mont Blanc - the tallest mountain in the Alps.

Unfortunately, many have also lost their lives on the mountain's extreme slopes.

In 2010, the Chamonix-Mont-Blanc county had 9 054 residents, but many more people visit the area daily. Chamonix has more visitors in the summer than in the winter with around 100 000 per day during summer and 60 000 per day in the winter time.

Chamonix is located in the Southeast of France, only a 20 minute car ride from Italy going through the Month Blanc Tunnel. You are close to both Geneva and Milan and the travel time to the Geneva airport is an hour as it is located approximately 50 miles away.
Chamonix includes the ski resorts Argentière – Les Grands Montets, Le Tour-Vallorcine, Les Houches

Snow forecast from Chamonix
Provided by

Best Off-Piste:
Not a very easy question to answer, I’m afraid. There is just soooo much to do. Definitely take a guide and try Grand Montets if there’s any hope of powder. You’ll not be disappointed.

Best Black Run:
Charles Bozon at Brevent Flegere. Stunning views, accessed by a cable car only so not often crowded ... especially when you see the off-piste just past the sharp right hander on the left.

Best Blue/Green:
The super long Index run in Flegere that has enough challenge to keep the good skiers happy and is exciting for the not-so experienced too. A lovely run.

By: Candice Gilg former World Champion Moguls Skier, Olympian and stunt double in the James Bond film, 'The World is not Enough'

Algy
Nice place. Nice village. Good skiing. But the buses to and from the systems are a big minus. Add to that the sign on the buses is poor and that the b... Read more (82 words)

jason baxton (Guest)
I was in charge of booking our anual ski trip this year and Chamonix was a hot favourite for the group with plenty of high skiing and lots of differen... Read more (344 words)

Pat (Guest)
I have to disagree with the comments made about Le Touring hotel. I've stayed there a numer of times and have found it to be quite sufficient. I't not... Read more (97 words)

Egidio (Guest)
As first experience in the Alps, the last week has been great (and not wonderfull only due to the bad weather conditions). Main reason of this comment... Read more (493 words)

TompeSpeedy
Note! This text has been translated by Google Translate.

AntonGustafsson92
Note! This text has been translated by Google Translate.

Probably the best ski resort in the world. But it is important to keep track of the morning via chamonix's own app that talks about the conditions at ... Read more (94 words)

Kristofer Tonelord (Guest)
Note! This text has been translated by Google Translate.

Went with UCPA v.14 myself The first day before I found someone to keep up with my friend met my guide it felt boring. Difficult signpost, hard to fi... Read more (360 words)

Snow (Guest)
Note! This text has been translated by Google Translate.

Been here for half a day and I never know it again. Skiing is certainly good when it is good with snow. Now we turned to one for the two open systems.... Read more (75 words)

E Sandstedt (Guest)
Note! This text has been translated by Google Translate.

Chamonix has played its role as Europe's best ski resort. I have had the pleasure of tourists in Chamonix 3 times over a 25 year period. In the early ... Read more (228 words)

Algy
Note! This text has been translated by Google Translate.

Nice place. Nice village. Good skiing. But the buses to and from the systems are a big minus. Add to that the signage on the buses is poor and that th... Read more (83 words)
Show more reviews (112) 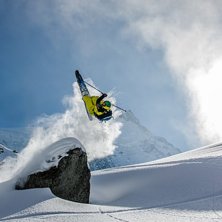 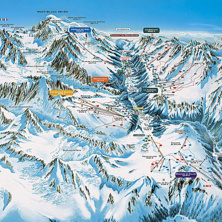