PernillaB
Note! This text has been translated by Google Translate.
Show original

I adore this place! I'm here right now and it's wonderful. I am 18 years old and I have been here for 6 years in a row with my family! sick good backs and offpiste opportunities!

However, it is quite expensive in food and clothing!

With crazy system for it's so big and so wide pistes

Limpan (Guest)
Note! This text has been translated by Google Translate.
Show original

Klosters together with nearby Davos, is a great place to go skiing and snowboarding. The region consists of five systems. My 8-day lift pass was valid for all five systems.

The best thing about the areas is that there are plenty of pillow options. However, many have said that it is mostly pensioners there and that the powder is left untouched for a long time. In the "Persenn" system, I know that much of the easily accessible powder is detected relatively quickly. On the other hand, if you go on short hikes, there is a very nice ride, although you have not had snowfall for several days or maybe even a week.

One of the absolute best scratches, which is also good in the spring when all slopes that have constant sunshine have become hard and windy, are the ropes described under the ski resort "Davos". The reed starts from the highest peak in Persenn. I have not tried the great Freeride Riding before, but I had a German Freeride Skater with me during the week. He has traveled in countless places, and said that this scratch was a 9a of 10. Really nice riding.

You go a little bit outside the piste, and if you're out after snowfall, you'll have 800m untouched pads. The first day you probably have for yourself, and after 2-3 days there are still pristine spots to go on. It all ends with having to walk 10 minutes uphill before reaching the piste again. But definitely worth it ten times. In Madrisa located on the other side of Klosters, at the border with Austria, there are very good offpiste opportunities.

It's bad with jumps and rails in Persian and Madrisa, but in Jakobshorn, located at Davos, I know there is a good fun park.

The negative is probably that everything is foolish in this steak town = / pizza and coke for 160kr on a simple pizzeria. 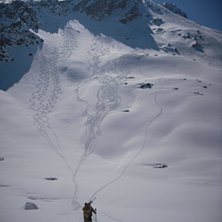 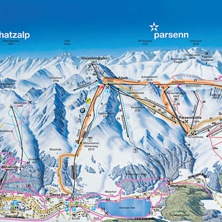