Mattias (Guest)
Note! This text has been translated by Google Translate.
Show original

Unfortunately, you have mounted the enchair lift that goes next to Goldried so you have to take the ski bus or your own car to the village. Otherwise it is a good place and as previously written there is everything and the best part is that there are little people. ie, there will be pillows if you do not go to curse.
We are here with a 2 and a 5 year old and it works great.

nevall
Note! This text has been translated by Google Translate.
Show original

The 2008/2009 season opened Großglockner Resort Kals / Matrei. The system in Matrei has now been built together with the system in Kals after many years of projecting. In connection with this, a number of new slopes were placed in the "old" slopes and the possibilities for off-piste became much better.
As far as the slopes are concerned, there are now much more black slopes than before but also more light slopes. The slopes are poorly prepared, compared to previous years, probably because they do not seem to have employed more people even though they have increased the piste area by at least 25%. But they are all right. The longest pistil is really far, the rise is still down to the valley. However, if the snow conditions are bad, the road is down to the valley closed.

The system on Kals side up to Blauspitz is quite small - many black slopes but quite ice-cream because it is so low. On the other hand, the part of the mountain that opened was thanks to the lifts "Kals I" and "Kals II" really good. It is also thanks to these lifts and Cimaross that it became easier to access off-piste scratches. Week 4 we were lucky enough to get 40 cm sneezing and you could find almost untouched pillows for a total of 2 days.
However, one should not rely on the new pistemap - among other things, the "Goldried II" elevator is not yet built and part of the excellent
the slopes still not landed. Parks are being built but at the moment they are still quite non-existent.

The town of Matrei is quite small but genuine and cozy. Have just stayed at Hotel Goldried but there are a couple of altenatives down the village.
Night life has improved in recent years, but it is still not very good.

benjihoe
Note! This text has been translated by Google Translate.
Show original

Matrei is a really nice city that is very classy and cozy. Have been there with the family for 15 years now. You will stay at Hotel Goldried if you want to live somewhere in Matrei. The skiing itself is very uneven. Is there a lot of snow, it's a bad good offpiste ride, the piste is very good, but there is no parking. The longest pistol is over a mile so it speaks for itself. Nightlife is nothing to hang out in the Christmas tree. But they are going to build the system now with Kals and then I think it can be really good.

This may be the best ski resort I've been to in addition to Zermatt. I've been to Matrei 17 years in a row, I'm 18 years old so I can do the system pretty well. There is a good off-piste ride for those who want it and easy backs for those who want it. Unfortunately, it's no big system but the slopes are fun and a paradise for those who like to jump like me. Therefore, I think you should go there and try to stay at the hotel goldried cozy hotel with the ski lifts just outside the door. 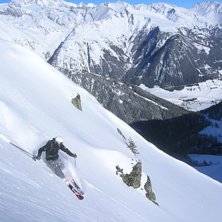 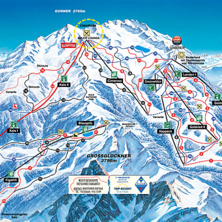