Mt. Hood Meadows is practical next door to Portland. Only 67 miles, or 90 minutes away. By car that means heading east on Highway 26 to Government Camp, and then an additional ten miles north to Meadows. The resort sits on Mt. Hood’s sunny, wind-protected southeast side, and operates on a special use permit in the Mt. Hood National Forest. This mighty volcano gets over 400 inches of snow annually, with storms coming down from the Gulf of Alaska. Many storms are typically wet, Pacific Norhwest-style but because of Mt. Hood’s location, they often result in deep Oregon powder. After one of those dead-in-the-middle-of-winter storms, come once the lifts have reopened again and even though there’ll be plenty of snow to go around, keep your eye out for the occasional rock.

To make the most of those powder-filled days, get an early start with the Mt. Hood Express. At the top, take a right for the trees of Rock Garden, 3-D and O-Ring. Or head to the legendary Heather Canyon for the Ridge Run, followed by the Moon Bowl. The double blacks of Super Bowl, sitting above Heather, has a total vertical of close to 4,500 feet in one single run. If you’re looking to escape the hype and fellow skiers for more snow, pick the less well-known Clark Canyon. To reach Clark, traverse the top of Heather Canyon.

Looking to get those quads burning? A 45-degree drop off the top of the Mt. Hood Express aptly named Elevator Shaft should be a good candidate. Located just above the tree line, it can be deceitful. It might not look that intimidating but until you’ve made the plunged, don’t assume anything. In the mood for something more mellow? Involving trees? Jacks Woods is the answer, to the left of Shooting Star Express. If you want to hit the backcountry, buy a Superbowl Snowcat ticket, which gives you access to the runs close to the summit: Hot Rocks, Confidence and Parachute. Or you could do it manually — it’s only a 1,700-foot hike...

Many are the summer ski camps that have been held on Mt. Hood but local Portlanders will come here year round for seemingly endless glades, over three miles long, and huge open bowls dropping into the north-facing Heather Canyon. If you do stop by during summer, don’t miss the annual Sno-Kona Pond Skim, which sees skiers and snowboarders alike try to skim across 100 feet of frozen water.

Totto
Note! This text has been translated by Google Translate.

Mt Hood consists of three separate lift systems where Mt Hood Meadows is the largest and most clear in the winter months Jan-March. So great, it's not... Read more (68 words) 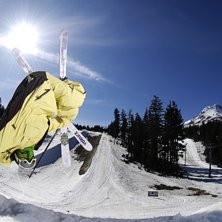 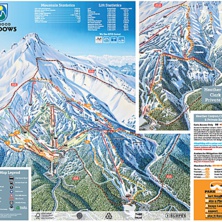