freerider (Guest)
Nendaz has some brilliant freeriding terrain, mostly around Mont Fort, Tortin and Col d'Gentiens, which got a new lift this year improving travel times. The skiing around the village of Nendaz itself isn't that great, with Plan d Fou being the only run of note. However, the skiing from Siviez (which is part of the Nendaz ski area) is fantastic and links easily to the rest of the 4 Valleys and Verbier (need i say anything about the freeriding terrain here?). Being at the centre of the 4 Valleys, it's also possible to explore the quieter areas that are less tracked than Verbier. There are an endless number of itenerary routes, such as from Greppon Blanc or the back side of Mont Fort. For the adventurous there is the front face of Mont Gele and there are also heli-skiing options! All in all, a fantastic ski experience providing a cheaper alternative to Verbier but allows you to get to the top of Mont Fort faster than if you were in Verbier anyway.

jacobpihel
Note! This text has been translated by Google Translate.
Show original

Wow, was in Nendaz and the rest of the 4 valleys during week 7 2019. We really had luck with the weather and got 20 cm powder dump when we went there and the first day it came another 30cm. The rest of the days we had brilliant sun and not a cloud in the sky. Nendaz as a town offers a number of good aftershocks but nothing in any nightclub class, here it is more focus on skiing. We stayed at the hotel edelweiss which is about 50 meters from the gondola, the hotel has among the nicest beds I have ever slept in and a cool, young and nice team. The breakfast was small and there was not much to choose from, but you can fry their pancakes anyway.


Nendaz is a bit jerky if you want to get to the rest of the system for example to Verbier, this system has been solved by extremely punctual buses that take a quarter from nendaz gondola station to siviez, from siviez it is then three lifts up at Mont -fast. If you travel via Siviez you can arrive with the first gondola up to Mont-fort and then you come before full verbies up at the top. Skiing throughout the system was phenomenal and even in verbs there were few people on the slopes. I was also not in a single lift queue that was longer than 5 minutes on the whole trip, and usually it was just to enter the lift without any queue at all.
Nendaz really suits most skiers, on the first peak where the nendaz gondola comes up, there is a wide range of children's slopes and other snow activities such as toboggan and ring on snow. There is also everything from cheap notches to expensive bars and resturants around the system. If you want to go off-piste then the possibilities are endless, if it is fresh snow it is just to go where it looks good.
Nendaz I really recommend to anyone who wants to ski more than partying, or to the 2 children's family, or to the season with the aim of the off-piste and skiing.

frankbolsoy
Note! This text has been translated by Google Translate.
Show original

Was here a long weekend in February 2016.
If you are looking for skiing, this is a good place to go.
Small town across the mountain from Verbier. You have access to all the rides you have from the more famous place Verbier, but you do not have the partying and the higher prices. Here you come to ski and sleep. There are restaurants and shops, certainly some nightclub too but nothing we noticed.
Good mountain with lift near off piste which was of high quality. The off-piste was what we were looking for, so can't say much about slopes and other things. Know that there were slopes that were good the little we went on them.

Were in Nendaz week 10-11 2010. The village is wonderfully nice at 1400 m height on a terrace. We stayed a bit up in the village, near the elevator, and the view of the entire valley has to be experienced. There is quite a lot of new build in the village so the accommodation is of a high standard and, in my view, is not particularly expensive. However, the price level of everything else is quite high, but not much higher than France. A pasta bolognese in the back costs about 120 kr. I remember paying 120-140 kr for the same right in Val d'Isere 6 years earlier.

The ride is good and it is well-ventilated. There is a lot to go on outside the piste, but we did not have any flow with the powder. In two weeks one evening snowed for two hours. When it's dumb, I think, however, that you have the advantage of being in Nendaz, compared to Verbier, when it is soon discovered in Verbier.
Nendaz is in the middle of the 4 valleys system but the lifts need to be replaced by newer ones. In addition to the egg down from the village and an old slow seat lift on top are all lifts of the button lifts model. You have invested in newer lifts in the other towns in the system and I get the feeling that Nendaz is on the go. If you go further into the system, it will be a bit of a button lift and an old cabin.
There is a Freeride race in Nendaz every year so the professionals do not seem to be disturbed by the old lifts.

The barnback is located in a casserole at the top of Nendaz. It may be a bit difficult when you are going back with the little ones. There is a staircase you can go to get back to the egg, but it is important for the children to cope. There is also a small hill with deck that they can safely ride on.

Do not stay out and party, so I can not say anything about nightlife. 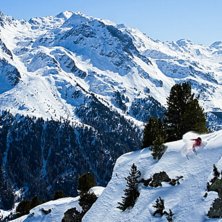 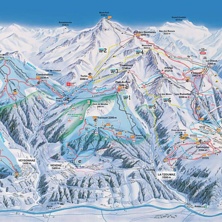