Anton (Guest)
Note! This text has been translated by Google Translate.
Show original

Ideal for the family of children.
Enthusiastic and talented ski school teacher.

Have only experienced convenient bookings and payments, as well as nice staff.

Casperio (Guest)
Note! This text has been translated by Google Translate.
Show original

I thought that they had many lovely slopes that the whole family could ride together and it was nice that you could switch between sitting lift and anchor lift when you were going up to the top of the mountain. Quite simply, it was one of the best trips I've ever had in

Very good ski resort for families with young children who are going to learn to ski. Säfsen inclusive is the perfect combo for those who want to relax on their holiday. Allinclusive!

Anonymous (Guest)
Note! This text has been translated by Google Translate.
Show original

Everything was bad the staff is whimsical
Stayed in a cabin where all utensils were dirty, the dishwasher didn't work, there was a strange smell in the home,

lena (Guest)
Note! This text has been translated by Google Translate.
Show original

We were there last spring (Feb-18). Most things went well although there were small things to mention, but we do not think they are something to care about. Overall experience was top. Unfortunately, it was a hassle with the bill. At first, the staff was wrong, but it resolved. We left there. The following week we received a letter with a bill when they thought we had paid too little. We called, got this done. It was the old mistake that some loan had left in the system. Ok, we thought, peace and happiness. After some MONTH a letter came with the sum PLUS a receipt that we would not have paid pizzas we had ordered one evening. The thing was that we paid in the restaurant when we picked the pizzas! (that was, for example, a circus, the staff in the restaurant that evening were very nice). We called again, explained the whole thing and they ended up and understood. We also had bank statements that we had paid all the sums, including the pizzas. Today (Nov-18, ie over a HALVÅR later - count on a bill again! No explanation, it just says "payment reminder." So you get really angry! Fun to come home on a Friday and find that letter in the mailbox. but nobody was able to take this matter right now so now I'm writing here! There will never be any more booking there for us.

After 3 days of accommodation in the ski area 2018:
good +
Personal & friendly staff. Affordable. It is possible to stay at the ski slope, modern and good. Unbeatable buffet cabin hotel! (Car needed). The backs are quite ok given the conditions. Beautiful surroundings with mountain feel. Perfect for beginners.
Bad -
Everything closes in the evening in the ski area .. ie no local service or evening restaurant. The only chair lift is incredibly slow! Parking for residents on the slope (ski area) is not enough for everyone. The lunch restaurant is quite noisy and completely underdeveloped.

FredrikNilsson
Note! This text has been translated by Google Translate.
Show original

After moving from Norrland inland we have been looking for a new facility to spend the weekends and enjoy the winter.
When we tried both local Vedbobacken and Romme, we decided to give Säfsen a chance.
With two children of 2 and 6, it suited us perfectly. Just far away for day trips yet snow proof.
There is a nice children's back to warm up in which we can all take the chairlift up and ride the slippery slopes like the swirl and the longwind. Very lovely.

Big plus with the spacious heater.

Together, a very nice facility for a family with a fair change and variation for both children.

Positive: Nice cabins, no queues to the lifts, 2 minutes max, everywhere nice staff.
Negative: The slopes are unfortunately short and flat
Conclusion: Perfect for beginners and families, short backs a lot of lift training, since it's located so far south gives good travel times for most.
Worth the money

Perfect for families with children, canoe cabins, great service at the restaurant and reception.

MPS (Guest)
Note! This text has been translated by Google Translate.
Show original 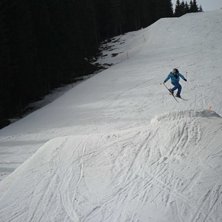 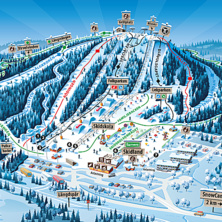