+ - Hope the park only opens some years.

- Never opens the black hill
- Some snow some winters

kyllebylle (Guest)
Note! This text has been translated by Google Translate.
Show original

+ The slopes are great for a smaller town
+ The fall height offers more than family skiing.

Helena (Guest)
Note! This text has been translated by Google Translate.
Show original

Sneak premiere this weekend and very nice ground on the slopes. Go here!

skiracing (Guest)
Note! This text has been translated by Google Translate.
Show original

A ski resort with varying slopes suitable for all skiers. There are both steep and slightly flatterer slopes, all of which are incredibly comfortable to ride in.
Although it is a sports holiday, it is not smacky on the slopes and the lift queue does not exist. This facility is suitable for anyone who likes to ski without constantly having to weigh for jerry's.
However, they should consider installing a treadmill at the embarkation on the seat lift so that they can increase somewhat on the go. It is probably one of the slowest lifts I have traveled.

+ Good varying slopes, are both flat and steep.
+ No lift queues.
+ Quiet atmosphere unlike larger facilities such as Åre.

- Closed slopes in early March are not okay. They have had the whole winter to spray snow.
- Incredibly slow seat lift.

patsy
Note! This text has been translated by Google Translate.
Show original

3.5 hours from Gothenburg. There are ten slopes and over 200 m in height. Sometimes it snows and then you go under the old chair lift and the off-piste slope.

Very nice little facility that fits well for a day trip / evening sun. Only 45 min from Karlstad which is affordable.

Easy best option for day trip from Gothenburg if they have snow.

+ Sunne has good slopes from lift to lift with minimal transport.
+ If you are lucky, there may be an offpiste under the elevator and in the black back.
- Could have been bigger
- Uncertain with the snowfall
- Slow lifts

HjalmarHolmstedt
Note! This text has been translated by Google Translate.
Show original

I was healthy for three days on the sports license. I had quite low expectations for having heard a lot about ice-capped slopes and heavy lifts. but when I got there I became pleasantly surprised that it was much better than I thought.

+ good rails
+ far south, easily the best ski resort so far down in our long country
+ good for children families

-Many Danes who fall by the lifts all the time (maybe because many complain about the lifts do not know)
-but could have been better lifts
Better Hope is a must for when I stay there where the jump was long and flat so you had to get high speed, which meant you did not venture into new tricks. 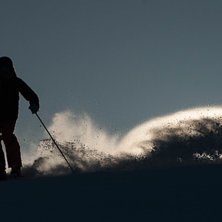 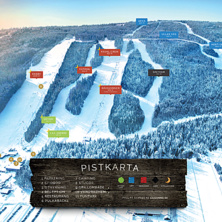