According to the state of Utah, this is where shredders go to find, “The Greatest Snow on Earth.” This cheeky slogan even made it onto Utah vehicle registration plates. So where do you go? Little Cottonwood Canyon, of course, which is home to both Snowbird and neighboring Alta. The canyon, once shaped by glaciers, sits on the western flank of the Wasatch Range, southeast of the Great Salt Lake. (Snowbird is situated roughly 28 miles outside Salt Lake City).  Being within the lake’s snowbelt translates to an average of more than 12 months of accumulated snowfall, every season. If you’re a ski resort, that’s pretty good news. Just look at the numerous ski magazine covers shot here.

“The Greatest Snow on Earth”

Snowbird has some of the best quality snow in North America. If the average water content of snow is somewhere around seven to eight percent, Snowbird’s champagne powder contains below five percent. It also has the longest season in the state, usually being open a month or so longer than the other resorts. Figured you’re a fairly good skier? Snowbird might make you eat a bit of humble pie. Steep and deep chutes, granite peaks, rugged ridges, double-black diamonds and high-altitude, powder-filled bowls. Just take your pick. If you need a reference, or inspiration, find the highlight reel from the Freeride World Tour 2014 when it was hosted here. Or come in springtime when ski races such as the IFSA Junior Nationals take place.

It’s perhaps the steepest marked run in the U.S., the double-diamond ‘Great Scott,’ off Hidden Peak’s 11,000-foot summit. (It’s even memorized in movie history thanks to John Cusack’s stunt double in the black teen comedy, “Better Off Dead,” from -85.). Also, listen to the locals and visit Mineral Basin, a beautiful back bowl, which offers a whole different type of skiing for being Utah along with some spectacular views. Only about a 40-45 minute drive from Salt Lake International Airport, it’s the closest resort to Salt Lake City, and one of the most accessible in the U.S.

J-P
Note! This text has been translated by Google Translate.

liedholm
Note! This text has been translated by Google Translate.

Cruising rides, quick lifts, sluggish off piste, lots of dry, wonderful, beautiful snow. However, Snowbird is just next to a million city so what I ju... Read more (742 words)

Really nice place with easily accessible offpiste. In my opinion, a better place than the more famous neighbor Alta. We lived down in Salt Lake City, ... Read more (108 words)

AndersMerenius
Note! This text has been translated by Google Translate.

Next to the mythical Alta. In my opinion, a more complete ski resort with more variety and significantly better lift system and capacity. Incredibly g... Read more (57 words)

jej-je
Note! This text has been translated by Google Translate.

Ski resort located about 40 min drive away from downtown Salt Lake City. Brant skiing is very easy to access once you have taken the "tram" to the top... Read more (117 words) 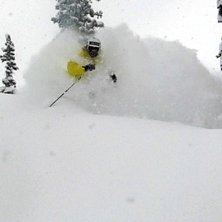 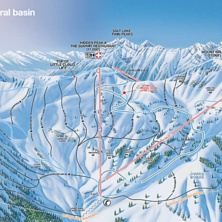