The village by the river Iséres boasts its status as Europe's most expensive year round open grocery store, no less than three World cup status downhill runs, stores with designer garments worth insane amounts of money, a nightlife that during certain seasons can compare to the Mediterranean islands, you get the picture - Val d’Isère wants to be over the top. At the same time it is a very idyllic village which has been located in Savoie's most remote valleys since the 1600's, and all types of skiers will find appropriate slopes here. It isn't just crazy people and party animals, even though they are usually the majority of the bunch.
Together with Tigne, Val d’Isère makes up the enormous area called Espace Killy, which was named after a hero in this region, Jean-Claude, who brought home quite a lot of medals during the Olympic Games in Grenoble in 1968. He wasn't the only one who was a talented skier, the ski club in this area happily lets people know that it is the most successful alpine club in France.
In fact, Val d’Isère really only has two disadvantages - price, and possibly the longest and the most curvy transfer time in all the French Alps.
Val d'Isere includes the ski resorts Tignes

Best Off-Piste:
Off the back of Le Fornet, there is more than enough to go round. Feels like you’re a million miles from anywhere! Pack your beeps and shovel.

Best Black Run:
La Face Bellevarde – home to the Olympic downhill in 1992, and will be used again for the 2009 FIS World Championships. Do some non-stop runs down here and your legs will know about it. Renowned as a 3-4pm icy slide-slip of a route for all but the most competent. Sometimes ressembles a rugby field!

Best Red Run:
Arcelle – from the easy Madeline express, you can drop down to Le Manchet down a wide open run with lots of inviting rollers. A real blast.

Best Blue/Green:
The only challenging part is the first section as you leave the Borsat Express lift, then it is an enjoyable cruise down to Fontaine Froide chair. Complete the loop by taking the Mont Blanc. Great for the kids.

verbier1980
Note! This text has been translated by Google Translate.
Show original

After not being in Val d Isere for over 40 years it was time again v10 2020.
Here are slopes that fit everyone in abundance. Unfortunately, it snowed a lot during the week we were there and the piste machines were only out once it seemed that. So it became a lot of humpback and generally difficult skiing. I think bad considering that the lift ticket costs a lot. Snowmobiles and others with strong legs appreciated it for sure, but we who on old days want a little Manchester did not have much to pick up this week. Has been mostly in Italy for the last 10 years and there you see piste machines 3-4 in width directly after snowfall.
Otherwise you can't complain about Val d Isere with lots of restaurants and bars. Hard to miss the apricot La Folie Douce in the hill above La Daille - it is heard and seen long way.
Stayed at the Hotel L´Aigle des Neiges in the center of walking distance to the lifts. Nice place with SPA, fine restaurants and fantastic staff - can be recommended.

moneysister
Note! This text has been translated by Google Translate.
Show original

Val d'Isere is the ski resort that I recommend to all friends who want a ski trip with everything close at hand. It is the ski resort that suits everyone, from beginners and families to advanced skiers. Preferably in combination with UCPA week. It is a relatively snow-safe place and it is of course much more exciting snowy days. The powder level is then!

The lifts are centrally located and are ready to take you in all directions and edges. It is a relatively large system that also takes you to Tignes and to Bonneval for those who wish. (On the other hand, you will have to get away from home with heli or an unnecessarily long taxi ride.) Valdis system is large and consists of long, fine pistes, lovely off-piste just beside the piste and more advanced ones. Since the system is widespread, there is a large range of off-piste that does not require any major effort - one of the great advantages of just Valdi. It can be difficult to navigate but with a piste map at hand everything can be solved. The biggest drawback I would say is that the big piste that leads to town, Solaise express, stands for. There it always gets excited and cracked forward in the afternoon.

The city has a nice après ski nightlife, a relatively large city center with shops and restaurants. The famous Follie Deuce is a must. The place is located in the middle of the system and offers an après ski out of the ordinary, the music is already heard in the lift and / or on the slopes as you approach and the atmosphere is always on top. Then you roll down the Grand Marnier, a narrow little notch just below Solaise for wine chaude along with everything and everyone. If you want to go into the night fog there are several night clubs a stone's throw away from each other.

If Chamonix is the best city in the Alps to live in, then the best ski resort of the Val d'Isere Alps is all together. My internal jury is still out on that one when it comes to Valdi vs Serre Chevalier but I'll explain why.

Valdi has just everything. Awesome high alpine ride, good woods, good pistachio (as long as you stay away from Face Bellevarde or Solaise in the afternoon. Up at Pisaillas, I can gladly lie and race the pistol for a full day without getting tired. But what makes me think Valdi is The best part is that the complete skiing is combined with a real city. There is no tourist complex on a mountain side. There are plenty of good restaurants and there are nightclubs and pubs. In Valdi there is something for everyone.

The fact that you often get more of the snow falling than you get in the neighboring village of Tignes does not make matters worse either.

Val d'Isere may be a little difficult to see if you are new. The system is enormous and I'm hard to navigate my mind. It may also be because I only went with UCPA and therefore never had to wonder about navigation.

However, the huge size also means that the offpiste variations are almost infinite. However, the cushion is also quite big, but the times you've been there (4 different trips) we've always gotten something untouched, no matter how the weather has been. If you can get it, you'll have to go down the back of Pisaillas towards Bonneval and then fly the helicopter home. Such a trip can be highly recommended and the firing down to the center afterwards when everything is nypistat and empty is a bonus in itself. Such a day ends with the advantage of Grand Marnier, where after 2 wine chaude you are very excited. After there are many ways to go for a nice evening

Then there was that with the comparison with Serre. Valdi is clearly better than Serre when it comes to high alpine skiing and the party. An afternoon at Follie Deuce turns everything Serre can offer with horse lengths. But you have to knock on the foot when it comes to slopes and forests. What is a priority is of course a flavor.

JohannaEriksson
Note! This text has been translated by Google Translate.
Show original

Val D'Isere is the village that has everything and provides access to world-class skiing. Certainly, it is powder and you need to be first in the elevator queue to get the first turns, but looking further down into the system, you can find nice untouched snow. The lift system is well developed and there are many backs in all different difficulty levels. The only thing that comes down minus the account is that the prices are quite high here.

Matthias (Guest)
Note! This text has been translated by Google Translate.
Show original

Va there 13/1 18 for a week and it snowed every day except one ... 3-5m all week, I think so there were pillows every day except first. The best place I went because of the snow amount.tinge was shut down for 4 days but there were really other backs going .. there is something for everyone there .. not as expensive for a lunch as in Val Thorens.
Do not know if I go there again for my expectations will be cloudy after the last visit there. But definitely worth visiting at least once in a lifetime

Rebecca (Guest)
Note! This text has been translated by Google Translate.
Show original

Sick beautiful and good ski resort! Uterable slopes and well thought out system. Both for beginners and more advanced riders. Lovely range of restaurants both day and evening. Good nightlife! Asphet afterski !!! A little expensive in general, but in France

NICCON
Note! This text has been translated by Google Translate.
Show original

Very good ski resort. Extremely big with good slopes. The offpiste can be awesome if it has snowed a lot.

eerik8
Note! This text has been translated by Google Translate.
Show original

Were there for the first time in late February 2016 and then we had relatively good snow. Have just been to Val T before and have to say that they are spoiled by their ski in-ski out, on the other hand, I have to say that it was very convenient in Val D, although they do not have a "clean" ski in-ski out. The ski area is large and varied with both high peaks and a bit of woodland skiing that you can hide when it starts to snow properly. Can be a lot of people sometimes in some parties but that's how to get out if you want to go to a place that offers both good nightlife and great skiing!

Wonderful ski resort with the best slopes on the highest peaks. Both old and completely modern lift systems make it so charming! Great food in all restaurants both in the piste and in the village!

2017 v 8.
A ski system that offers wit o variation! During this week we were not fed by snowpower .... but it is a well-maintained lift system and backs, you get up quickly on the mountain from Val d'Isere. Dare to try the parts that are a bit more off, they surprise! 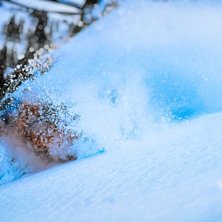 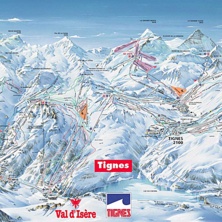