Breckenridge sits high up in the Rocky Mountains, at 9,600 feet above sea level, in Colorado in Western U.S. A roughly two-hour drive from Denver, the Breckenridge Ski Resort, or “Breck,” belongs to the Vail Resorts Group. Offering some of the toughest ski terrain in a region known for its world-class skiing, the resort has also managed to maintain its Wild West heritage.

With a summit elevation of 12,998 feet and surrounded by majestic mountains, snow covered almost all year round, creates a low-humidity, high-alpine climate with on average 300+ bluebird days a year. The elevation translates into a longer spring season than say neighboring Keystone Ski Resort. If you’re looking for knee-deep powder, mark your calendars for late January. If t-shirt and spring dumps are more of your thing, opt for early April.

But at this altitude, above 9,000 feet, the fresh mountain air can take some adjusting. The strong sun, even when it's cloudy, and the thinner, drier air could cause some skiers to experience altitude sickness so just be aware and prepare accordingly.

Breck boasts five peaks, 34 lifts and an awesome variety of terrain. First, there’s 1,400 acres of groomed terrain (lots of black and double-black trails). And then, there’s the high-alpine terrain off Peak 6, 7 and 8, which equals about 40 percent of the resort (largely undiscovered by many shredders).

To access the epic backcountry, do an approximately four-hour hike from the Peak 10 gate to the Fourth of July Bowl. There awaits fluff-filled meadows and wide open runs. Before heading out there, check out the conditions for Colorado at avalanche.org, and as always, pack your avalanche gear.

To access Horseshoe Bowl, and North Bowl, used to take a solid seven-minute ride with the T-bar and almost an hour trudging through the snow. Those days are gone. Now, via the Imperial Express Super Chair, it takes under three minutes to reach Breck’s 12,000-plus-foot summit. Up here, you’ll probably run into future X-Games kings and queens dropping into terrain parks and tree-lined chutes.

Also head over to Imperial Express when the wind is howling and whipping down. Because the winter storms bring pure golden powder into the high-alpine area. Whip the snow off your goggles and ski like there’s no tomorrow.

The Burn, a quad-favorite or… maybe not, begins with wide pine trees and then transforms into a 40-plus-degree gullie through thick foliage.

Breck has so much going for it, that it’s no wonder that it can get really crowded. But if you find yourself stuck in never-ending lift queues, listen to the locals and ski off the E-Chair.

klarar
Note! This text has been translated by Google Translate.

As with Keystone where I lived, definitely Breck was a very nice little "city" in terms of the ride, it is vertical but with a cruel park! big like ev... Read more (36 words)

Average Measurement Location, Perhaps the village is a little nicer than penetrated in the United States. Good slopes but quite flat, lots of people, ... Read more (74 words)

TellyHelly
Note! This text has been translated by Google Translate.

Really lovely skiing, iofs we were there when it was snowing really. Up at the T-bar there are lovely slopes that are meant for "advanced and experts ... Read more (85 words)

Andreas (Guest)
Note! This text has been translated by Google Translate.

Stay there for three months 98. The village is relatively nice with American standards, although it may be a little kitsch when trying on "culture" St... Read more (122 words)

Claes (Guest)
Note! This text has been translated by Google Translate.

I was there a few years ago. And unfortunately only one day. Would have liked to stay there for at least a week. When I was there I went snowboarding.... Read more (64 words) 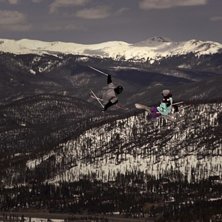 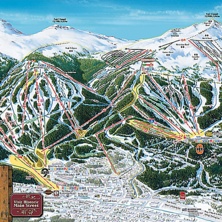