Arapahoe Baskin Ski Area, or “A-Basin,” is located west of Denver (about 100 kilometers) in Summit County in the heart of Colorado’s Rocky Mountains, perfectly situated on the Continental Divide. It’s probably not just sheer coincidence that Summit Country is nicknamed, “Colorado’s Playground.”

A-Basin opened in 1946, founded by Olympic skiers and WWII veterans. Back then, it had one tow rope and a lift ticket set you back $1.25.

With the third highest peak elevation among North American ski resorts, topping out at just 13,050 feet, A-Basin’s steep and fierce terrain is perhaps one of its main drawing cards. Basically, half of the mountain sits above the treeline. It features a vertical rise of 2,270 feet with 1,428 accessible acres.

Because of its high altitude, the high-quality white gold keeps falling (with an annual average of 350 inches). It also gives A-Basin the bragging rights to having one of the longest ski seasons in the Western US, usually mid-October to the beginning of June. Mountain bikers or hikers paying a visit in early summer can also mix rad riding with a few extra powder days. For the record-minded among us, the earliest opening date thus far was Oct. 9, 2009, and the latest closing date was on Aug. 10, 1995. The resort’s been open for skiing on 4th of July seven times, most recently in 2019.

Indeed, this is the place to ski at the beginning or at the end of the season. Basically, avoid going here when it’s freezing cold, mid-January can be especially brutal.

This little gem of a resort is a favourite among the locals, which gives the place a low-key vibe, with its diverse, big-mountain terrain: sick steeps, mind-twisting moguls, challenging chutes, vertigo-inducing vert and bountiful bowls. And then there’s Pallavicini — one of the longest, steepest runs in the state, not to be forgotten — featuring an amazing double-fall line. Once off the top of the run, you have the choice of either going right or left for some tree runs or going for moguls. The Pallavicini lift actually gives expert shredders access to some of the iconic terrain in the whole of Colorado. The East Wall on the other hand, a legendary backcountry area, is only accessible via a hike. The Steep Gullies epitomizes the most extreme of the extreme, wild and narrow. Hold on so that you can finish off with a short and sweet 20-minute hike at the bottom, in true local style.

During the 2007–08 season, A-Basin expanded with 162 hectares by opening the Montezuma Bowl. The expansion increased the terrain by a whopping 80 percent.

N/A
Arapahoe Basin is a great place not many people go to A-basin during the season. many People go to the bigger and better resorts in Colorado. They hav... Read more (58 words)

folkeorg
Note! This text has been translated by Google Translate.

A Basin is located 5 miles ie about 8km from Keystone. A long steep highway takes you there. Free parking near the elevator. Now in the pre-season on... Read more (173 words)

The best thing about the A basin is the rides and the extreme nature. It's the ones who could not afford to go to Jackson Hole, which is just the same... Read more (118 words)

Vakteman
Note! This text has been translated by Google Translate.

As the previous speaker, not big but something as unusual as skiing above the tree line. A cushion day with traffic jams resulting in cars everywhere ... Read more (61 words)

PuderYetin
Note! This text has been translated by Google Translate.

Arapahoe Basin is one if you like and appreciate the same things that are found in Kittelfjäll here in Sweden ... The ski system is not so remarkable... Read more (181 words)

Good season, high. Fairly small place. There is no city but just a small ski-back restaurant. Included in "coloradopass" that can be bought in the pre... Read more (41 words)

buda
Note! This text has been translated by Google Translate.

Was there the 98 season so the memory may have faded. Arapahoe is high on Continental Devide and usually scraps a lot of snow. Because you take the ca... Read more (99 words) 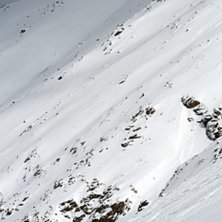 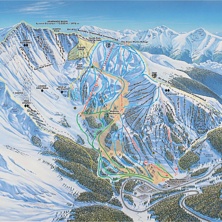