Situated in southwest Montana, Bozeman’s local hill has some killer terrain (2,000 acres of it) and plenty of fluffy powder to go around. It’s epic-inducing skiing without all the add-ons. Locals flock to this community-owned resort with its independent streak, run by a non-profit. There’s no reason why you shouldn’t either.

Sitting on the Bridger Mountain Range’s east side, on leased Forest Service land, it’s only 16 miles to the north of Bozeman (taking State Highway 86). To the west of Bozeman, you’ll find Belgrade and Yellowstone International Airport, which serves most of the major national hubs. Car rental is entirely optional, Bridger Bowl offers free bus service with several stops throughout Bozeman.

Some movie trivia, Leonardo DiCaprio fur-trapping, bear-attacked character in The Revenant is the very same Jim Bridger who gave name to the Bridger Mountains. That’s the American West for you.

With a summit elevation of 8,800 feet, Bridger Bowl gets plenty of “cold smoke” snow. The north side’s groomers and powder keep the experts coming back for more. So does the North Bowl’s black-diamond glades. South Bowl is more suitable for intermediates, with groomed pistes such as Powder Park and Pierre's Knob.

Advanced skiers will hike the 600 vertical feet of the Ridge (20 minutes or so), just make sure that your avalanche gear is fully packed.

If you’d rather pass the hike, take Schlasman’s lift (named after an unforsaken German coal miner who lost his life in a massive avalanche in 1885). To get on the lift in the first place, you’ll need to prove that you have an avalanche transceiver. The sign at the top simply reads, “Use Your Brain—Don’t Die Out of Bounds.” The possibilities are endless: tight chutes, steep technical lines, wide-open faces and natural features. Do keep in mind that this is an avalanche-prone area. Before you head out, always check the conditions at mtavalanche.com.

Have you reached the Bitter End? From the top of the lift, traverse to the south boundary line, where you can either rip along the Bitter End rope line or cut left to Mundy’s South.

Another run off the Ridge, Diagonal Chute, has been ranked by Ski Magazine among Montana’s top runs. It’s unmarked though, as are all runs within this area, so follow the lift back down again, roughly 350 feet and hit the gate to your left.

Bridger Bowl also has two terrain parks, one of the upper Sunnyside and one on the lower.

Smogen
Note! This text has been translated by Google Translate.

The first time I visited Bridger Bowl was in January 2003. Thought it was just as good to buy a season ticket right away, since the resort is only 20 ... Read more (222 words) 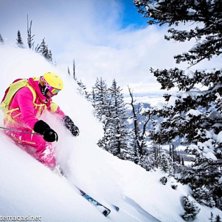 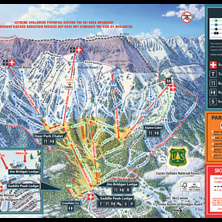