9-days snow forecast from Campitello
What do you think about Campitello?
Write a review
5
4
3
2
1
4.0
1 reviews

Family_Dad
Note! This text has been translated by Google Translate.
Show original

Review is based on traveling with family where the children are 10 and 12 years. They are pretty good skiers, a little worse snowboarders.
My experience with the Alps is about 20 places, big and a little smaller, mainly in Austria and France.
The trip was carried out on week 8 (2020) and there was no talk of any powder skating / off piste directly, but they are cruel about driving snow so the ground was completely ok.
Quick Review:
- Atmosphere 5
- Food 5
- Skiing 3 (slopes 3+, lift capacity 3-)
You had to be out in good time in the morning to avoid an hour's queue to the cabin.
The system is fantastically large consisting of smaller systems that they have built together more or less successfully.
If you go to "SellaRonda" then some crossings are cruelly under-dimensioned and you want to change systems at some time during the day (that is the bit of a joke to go to a large system). But well in the system itself there is decent capacity.
The slopes are perfectly ok with reasonably varied riding but generally in the shortest team and cruelly many crossings in some places.
Clearly the best ride was in Arabba but there it was also at least "cozy".
Unfortunately we missed Ortisei so there I do not know what it is.
You can find some quieter areas if you go outside the "SellaRonda" lane but overall there were a lot of people. My little one who is not so good at snowboarding did not want to board because it was so crowded on most slopes.
We were actually a little disappointed at the skiing, but the food and atmosphere is world class.
But I imagine going there a little "off season" again when the kids are bigger. There is much left to explore. The 4th is saved by the food which was really good overall. 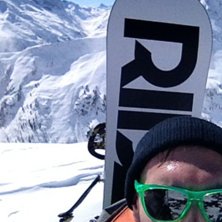 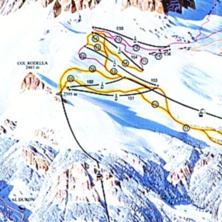