Were there at the end of December 2009. As the area is in the wilderness, it is the artificial snow that applies. Impressive fine art snow though! Ski lifts and ski hire in top class. Skiing in class with the seal about. So if you do not expect more than that, it's okay.

Note can be difficult for a driver to find. Road signs minimal and the directions from the ski resort's website are inadequate, even in Chinese. Took us 4.5 hours from Beijing. Order a lift card the day before. They deliver it to your hotel, becoming clearly cheaper. As usual in China, you can not only rent skis and boots, but also clothes. May be good for the unprepared tourist to know.

An interesting curiosity is that parts of locals live in caves. Look up the mountains when traveling to / from the resort. Some are abandoned, some are a cave straight into the mountain with a door, others are a roof that you quickly realize hiding a dwelling that mostly lies in the mountain.

The area under rapid development. Small towns nearby build new homes at a rapid pace. A highway that straightens the area again, very close to the ski resort is soon ready. So I suspect that next year you can get there faster and easier. 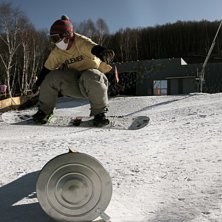 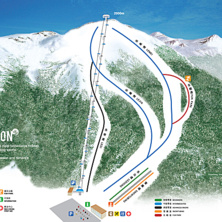