snorkel
Note! This text has been translated by Google Translate.
Show original

Wanlong is the largest and best ski resort in the area. 22 slopes with 16 black (not fake) 4 red and 2 green. 6 chairlifts of which 5 are incredibly slow and a more modern 4-chair faster lift. Since all the slopes are reached from the 4-chair there is no need to go the other lifts. During the weekends, there are considerably more people so avoid if possible. On weekdays there are no queues and very few riders, most beginners.

If you want to rent stuff, you can choose between Salomon Enduro LX750 with L10 binding + Salomon pants with 60 flex or boarding. Thus, the cheapest newcomers in the rent variant. The ski hire has as standard set the backbone as far back as possible and adjusts for length of play with the tie. The Chinese newcomers go backwards with 6-7 cm, which explains the massive range of ski instructors. Your DIN adjustment is as standard DIN 5, at least with shoe size 44. The shortcomings, despite the fact, they lend a screwdriver smoothly. Since they do not speak a word English, I let down the Besserwisser experiments.

Giant pistes with manchester that lasted until closing days, because the beginner with heavy rear mounting never leaves the green slopes. The forest foliage has great potential as the forest is planted in straight lines and it is easy to plan the turns. However, it is a little too tight to pull and 75mm make 168cm wear too bad to cross between the workouts.

Cheap food and large portions. Forget about western food because the target group here is Chinese tourists. Ölen 10-15 kr, though folk beer. Skip the bad and expensive back hotel and live in Chongli one mile below. Taxi is needed but is only a few 10s. One-way trip from Beijing by car to four people costs just over 2,000 kr.

This resort as a ski resort is considered a smaller North American resort, Whitewater, but what makes it unique is that it feels like living on the weekends, no other riders.
If you are hard-knitted manchester worshipers, it's probably world-class because you get carving alone on the manchestra all day long. The outpour among the workouts is not in the same class because the snowfall is not as daily as the tide. Mountains are of a tougher soil, and the slopes are quite smooth and not so much terrain formations in addition to a few brook trenches. No stones or similar to jump on. The season is December-March and it is far to wet sea. Dry snow but rarely. Be there for the last week of February but would suggest that the middle of January is the best.

The pistemap here on the freeride should be updated, more pistes have been added.

Grizzzly
Note! This text has been translated by Google Translate.
Show original

3 hours by car from Beijing is Wanlong. Forget off the piste, but the pistol is brilliant! Snökanonsysem ala europa + good pistons guarantee a nice carving weekend. The hotel is brand new and has a number of restaurants, western + chinese.
Ski hire is available with a good range of equipment, ie modern carving skis (no skis above 170cm)
Fall height 550m. Take a look at when you get a weekend vacant in Beijing 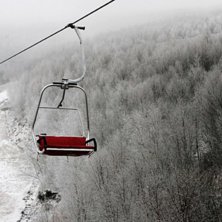 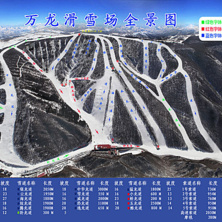