Positive surprise! Maybe not a huge selection for a longer stay but very good quality on the slopes that are available. Real drop height and good slope with Swedish measurements measured.

jdek76
Note! This text has been translated by Google Translate.
Show original

Good well-groomed slopes, usually short queues, it is good with snow take a trip over to Stohogna for nice slopes with natural snow and some forest or drive in the forest in Klövsjö.

erik_lagg
Note! This text has been translated by Google Translate.
Show original

Klövsjö is located furthest east of Vemdalen and is Vemdalen's smallest and definitely least trendy facility. Here you can not go for a good afterski or to shop interior details for the mountain cabin (then go to Skalet). Klövsjö is the most affordable destination in Vemdalen - you can also live in Storhogna and have access to long-distance tracks on Kalfjället (but slow transport to Klövsjö). Storhogna also has a good restaurant. The skiing in Klövsjö / Storhogna varies between being the top-rated Swedish class. If there is a lot of snow, like spring 2018, the offpiste is very good. Then you either reach the far skies right in Klövsjö or at the far end of the skier's left. If you turn right, the first part of the yard consists of a combination of forest and blue hill with sparse woods and a little fun little body. Then, depending on how far you're coming right, it can get really steep, which also includes stup. After that comes a party of snowy forest followed by a calygue with a lean slope. Otherwise, keep the skier's left from the top and start in the light loop until it turns right. Then you drive straight ahead, and after some flacking in birch forest you will eventually reach a large open field with pillows with varying slopes and ending in Rastdalen. If the snow is bad, the skis are destroyed (tested). Is it good with snow, it's incredibly good. Even in the center there are some fun off-piste - eg around the rocks under the 6-chairlift. If you are instead a pistol fisherman, there are some fun slopes with good slope in the middle of the system, which is also served by this efficient 6-chair lift. Unfortunately, the offpiste requires a lot of snow to be good, which means that it is not always feasible. Then Björnrike often is better with more varied offpiste that does not require as much snow. The times I have been to the Vemdalen have always been the worst with snow - but it can of course be different. Personally, I prefer Klövsjö and Björnrike in front of the Skalet, but most people think differently in terms of how the queues look. Just yes - do not miss the genuine waffle cabin / fixture hidden at the parking lot at the top of Klövsjö. A pine cream with amazingly good coffee.

Stefan (Guest)
Note! This text has been translated by Google Translate.
Show original

That no more have discovered Klövsjö slopes are unbelievable. Beautiful black slopes that are always well-prepared and beautiful views across Klövsjö.

rattmuffarna
Note! This text has been translated by Google Translate.
Show original

Feel that Klövsjö is a wonderful ski resort that might have received a little too much attention home to what it should have, which may be good considering the sparse lift queues and the pristine powder. positive: super fun offpiste yard, good, long and challenging slopes, relatively long park, extremely nice before in big hone thanks to their 100% NATURAL NEED policy, good areas for families with children, cozy mountain village with alps feeling. Negative: A little boring park home with the creative park that existed before, there is only a lighter hill to descend from the top area, the heat hut is a bit too small during the high season, and perhaps a little too much supportive southern Sweden spandex hole ligand in the low season.
In short, super good place that everyone should visit ever, as well as super cozy feeling in the village.

Great nice backs. There are quite a lot more difficult slopes. I have only driven in Klövsjö. Fun backs and ...

Everything is perfect, have gone to Klövsjö every year since I was 3 and now I'm 14. Skit beautiful city, the park is perfect, the slopes are really piste and the weather is top. And the cakes are goa

kozygin
Note! This text has been translated by Google Translate.
Show original

We were there week 7 and had the cannonbra! The slopes are high class, especially the black and the lift queues were not available at all. We stayed in Solvikenhusen and really had ski in ski out, absolutely perfect. The staff in the ski shop were among the nicest I met. One of the days we were over to Storhogna and the slopes themselves were nothing special but because it was just natural night there, it was among the most beautiful I ever went in, what a failure it was in the snow! The only thing that was perceived as negative was that for a beginner or less van skiers, there were not so many downhill runs from the top to the bottom, you do not want to go black or red, so there was a blue back. The proximity to Björnrike and Vemdalsskalet is also positive.

FredrikHall
Note! This text has been translated by Google Translate.
Show original

One of the worst facilities I've been to, but maybe it was just because of the bad weather. (Feb) Isiga slopes and bad pistachio. Storhogna is completely flat. Much "up there " is also quite flat. Did not go many yokes that day.
Been a while since I was there (2009), but the slopes do not change well for that matter.

Finally, I have to say that KlövSjö / Storhogna may be good at better conditions.

Jojje (Guest)
Note! This text has been translated by Google Translate.
Show original

Storhogna is the least in Vemdalen when it comes to alpine skiing. However, it is perfect for families with children and inexperienced riders who like plenty of space in the slopes. In addition, there are some nice woodlogs that are usually popular. The "system" only has five backs, which makes you dare to let the kids get a little bit more free, and you do not want to get lost. If you want more advanced rides then you only take the transport lifts to Klövsjö, the car is not needed. In terms of length and trip skiing, "Hogna" is in the top. If you live near the hotel, it is only a few minutes to tram and calfjäll. Högfjällshotellet has a nice setting with winter garden, restaurants and bar, perfect for skiing. Shops and wild nightlife do not exist, but on the other hand it is a part of the charm of the place. 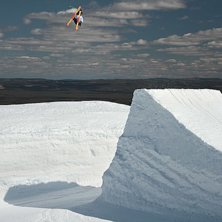 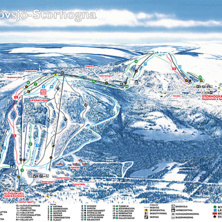