Les Trois Vallées, or The Three Valleys in English, is the largest interconnected ski area in the world and covers just about all types of ski runs accessible by lift. The area is split in to four valleys, numerous 3,000-meter high peaks and 600 km piste runs.
The main resorts within the system are Val Thorens, Meribel, Courchevel and Les Menuires and they attract everyone from filthy rich oil oligarchs to top touring maniacs, families and poor students. It’s a cliché, but there is in fact something for everyone here.

Which flow in the hill and in the bar

Haze (Guest)
Note! This text has been translated by Google Translate.
Show original

If big is beutiful this is IT!
The season 03/04 I was down v4 + v5 and now this season 04/05 I have been down v4 + v5 + v6. On both occasions I have traveled by car and lived in Brides-Les-Bains.
The skiing down here is completely unassuming and I have been lucky with both snow and sun.
Brides-Les-Bains is a budget destination and has no direct nightlife worth the name. On the other hand, it is externally well placed if you have a car. In addition to the 3 valleys, I have driven in La Plange, Les Arcs, St Foy (a bit far away but a fun day trip) and Valmorel.
One tip is to avoid the French Viking Week v6 + v7 + v8 + v9 because then the prices for the accommodation will be significantly higher and you can get a lot of people in the slopes and ice if you are not lucky with the snow conditions.
Enjoy!

nicke82
Note! This text has been translated by Google Translate.
Show original

What should you say about val thorens !? They just rock so fat so they do not exist. the skiing is just good, you want to have a really good party and have had enough boring holes in Austria, go to week 7,8,9 with some risk of running on both my other guy, my backslick and goose jacket. but party do they promise i promise ......

fogy
Note! This text has been translated by Google Translate.
Show original

I went down to the "three valleys" during the final week with Langley. One might think that it would be sunny and sloppy slopes, but how bad it was. It was the case that we had fat dumps throughout the week and only the last two days offered sunshine. We stayed in Val T but spent most time in Courchevel. Probably because it's not so crowded with people as there is a tendency to stay in Val T. In general, it is possible to say that skiing is dangerous. Not really the extreme nature you want. What matters to Val T with the surroundings is the lack of fall height. This will be a big problem as it can be hard to find long, beautiful yokes. Now, I will not say that it sucks here, but if you compare with other well-known places like cham and choice d, the choice is a little bit behind. However, the rating becomes one (weak) four.

Baltemannen
Note! This text has been translated by Google Translate.
Show original

Les Trois Vallées, one of the world's largest ski areas, sounds very good. I was there 97 v2 and it's been a while late, but the memory is just as good. We stayed at the infamous hotel Tango which is a pretty good place with good après ski and pretty good food. The hotel is high in Val Thorens and it's just stamping on the skis outside the door and going. As mentioned, the area is enormous and driving all the valleys over the day is such a great experience, but those super yokes that you always carry in their memory were often easily counted. When we were there, there had been a lot of snow, but it was still so bad because there were also quite a few people, though it was off season. Now to the best of the day: To go from Mont Vallon I thought it was very fun, there are varied skiing, good snow and not so much people - the same applies to the ride from Pointe de la Masse. I can also recommend the ride from Tougnete down towards Mottaret. The area's disadvantage I think was that there were too many people for my taste.
Mvh Marx
Live the revolution, skiing to the people !!!!

Bjorn_Lundqvist
Note! This text has been translated by Google Translate.
Show original

I have stayed there week 4 in 2002, very sunny and well-groomed pistes, quick lift queues and a huge range of tough slopes, do not miss the offpiste that's everywhere.
Get up in "cime de caron", down there you will find steep and powdery offpiste.
Also test the lifts up to "La Mass" from Les Menuiers, brilliant offpist down the back but also on the front.
It may be poor in snow if the sun has been in a few days.
Largest in the Alps, cruising for everyone.

Be in the three valleys of july's absolutely wonderful good offpiste and always good weather absolutely for those who want new all the time. A family place clearly. Accommodation / food = Courchevel, piste rides = Meribel, offpist = Val thorens offers everything. It is after all the world's largest ski area-speaking for itself 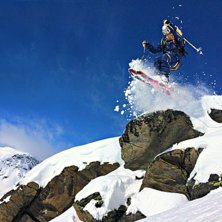 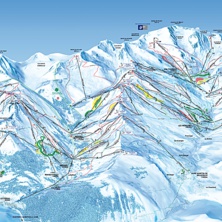