Snow depth
9685 ft
4757 ft
39.4 in
23.6 in
10°F
14°F
The Heart in the Three Valleys (yes, that’s the slogan) is in fact two villages, Meribel and Mottaret, that today have almost merged. Mottaret is situated the furthest in to the valley and is possibly even more chalet-dense than Meribel. The valley – Allues – offers winding tree runs, two very well-maintained parks and an abundance of alpine ski at high elevation. Mont Vallon, located in the valley, is a ski area in itself after snowfall. Staying in Meribel, in the middle of the enormous Three Valley system, makes it easy to get across to the surrounding valleys straight away in the morning. Not least thanks to the improvement of the lifts in recent years. This place attracts a lot of British people, so if you’re not too fond of tea drinking and less advanced skiers, you may want to stay away.
Meribel is proud to have an unusually kind downhill slope and was the host of the women’s alpine competitions during the Albertville Olympics in 1992 and will also host the Alpine World Cup in 2015.
Meribel belong to Les 3 Vallées.

Snow forecast from Meribel
Provided by

Best Off-Piste:
The Death Couloir is the Holy Grail for me – totally amazing when the snow conditions are right. There is also a great couloir, easy enough, from the top of the Becca chairlift. Hike 30 metres up to your right then drop over the back to Mottaret. Take a guide with you to get the best out of it.

Best Black Run:
La Masse, a whole mountain of good skiing with the Lac de Lou itinerary off the back or take down to Bettex. Otherwise if you like your bumps, try Bartavelle on Mont de la Challe.

Best Red Run:
Allamands, very popular but good pitch. If not, go up Mont du Vallon and shoot down the Combe Vallon or Campagnol. Both are steep at the top and get mogully and both are normally pretty quiet.

Best Blue/Green:
Grand Lac, blue run from 3 Marches down to the new Les Granges chair then continue all the way to San Martin de Belleville. The Blanchot green coming down through the trees near the Altiport is one of the best beginner runs you’ll find.

Jonas Mellberg (Guest)
Note! This text has been translated by Google Translate.

A delayed resignation, omits changes that are not permanent. I lived there in 1985 and lived in Meribel Mottaret and felt that the location of the vil... Read more (82 words)

Johanna (Guest)
Note! This text has been translated by Google Translate.

Me and my family have been to Meribél several times and it is always as wonderful! A large lift system that allows you to quickly get between the diff... Read more (92 words)

Zike
Note! This text has been translated by Google Translate.

This is the first village in the alps I visited. I was 15-16 and went with some compasses. I have since sought the same cozy feeling elsewhere but it'... Read more (82 words)

Hannah (Guest)
Note! This text has been translated by Google Translate.

Hmmm. why has nobody written anything about meribel? I was there all the last season marks and, of course, I met five Swedes throughout the season, s... Read more (186 words) 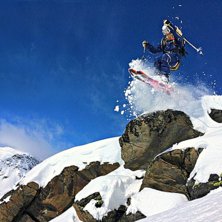 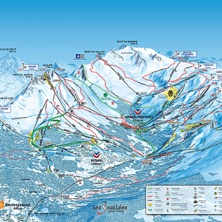