On a bluebird day, Mt. Baker makes for an epic backdrop both in Seattle, Wash. and across the 49th parallel into Canada and Vancouver, B.C. Washington state boasts several volcanoes, and the majestic Mt. Baker is one of the main ones. The Mt. Baker Ski Area itself sits tucked in between Mt. Baker and the great glaciated massif of Mt. Shuksan, in the North Cascades. It’s because of this geographical sweet spot, which translates to lots of moisture and great exposure to incoming storms, that the mountain averages the highest annual snowfall of any ski resort in the world.

In fact, it holds the world record. Mt. Baker received 1,140 inches, or over 28 meters of snowfall, in a two-week stretch during the 1998-99 season. Then again, because you’re in the North Cascades, the temperature is often right on the borderline of freezing, which either means the kind of powder that dreams are made of or heavy, wet snow—pure Cascade concrete. With North American standards, Mt. Baker surely isn’t a big mountain with its 1,000 skiable acres and eight lifts. But what the ski resort lacks in size, it obviously makes up for in snow, backcountry access and killer terrain (steep and challenging). Steep chutes, and natural terrain features, such as cliffs and pillow lines shaped by the wind. If you’re seeking these out, Chairs 5 and 6 are good places to start. Mt. Baker is a natural playground, which has been drawing its devotees for decades. It was actually one of the first mountains to allow backcountry access. Just remember that if you head out in the backcountry, these areas are not controlled by a ski patrol and the responsibility lies with you.

Even though an annual snowfall of 663 inches is North America’s worst kept secret, the resort still embodies a through-and-through low-key community vibe. Maybe it’s because Mt. Baker is off the beaten path, there’s actually only one way in and out of the mountain, the breathtakingly beautiful, two-lane Washington’s Highway 542 or as it’s also known, Mount Baker Highway. And yet, by car, it’s not far from three of the biggest cities in the Northwest: Bellingham (1.5 hours), Seattle (2.5 hours) and Vancouver (2 hours). It’s close enough from any of them to make it a daytrip. Surely, you want to go here during winter but don’t rule it out in during the warmer months either as spring and summer offer stellar ski-mountaineering.

Stefan Ek (Guest)
Note! This text has been translated by Google Translate.

Baker is doubtless the gritty ski resort I have ever visited. That it was snowing 2.5m in the week we were there was of course no disadvantage, but th... Read more (246 words)

Reindeer_mtn
Note! This text has been translated by Google Translate.

I was just in Mt. Baker. They had more snow now than they had during the infamous 98/99 season when they hit the US snowmobile record. The first day t... Read more (204 words)

(Guest)
Note! This text has been translated by Google Translate.

Mt baker. Mt Baker is a MUST if you like fun mountains. Stay down in Galcier. Believe that 80 people lived in that village. The people were sic... Read more (124 words)

Dirtbag
Note! This text has been translated by Google Translate.

Mt Baker is a ski resort in the correct sense of the word. Here it is not an adventure country and shopping to satisfy the guests. Nor do you find the... Read more (291 words)

Kristina_Juhlin
Note! This text has been translated by Google Translate.

The year we were there it was the smallest thing that was the kind of giant link so there was no further ride, but I can see that it's a terrific moun... Read more (41 words) 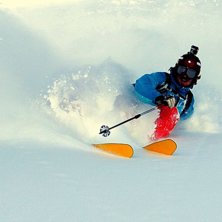 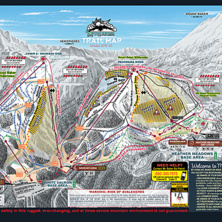