Mattson
Note! This text has been translated by Google Translate.
Show original

I'm not an extreme skier but can take me down nicely in all the slopes I've encountered. often it will be about 2 weeks of skiing a year and with this in mind, my review will come.

I went up over a weekend with some poles from Melbourne. to drive from Melbourne takes about 5h. To drive up to Mt Hotham in the winter, you need snow chains in the car, you can rent them in Bright.
When I drove up, it was a requirement that all 2WD would have snow chains (what a joke). I drove 1km with snow chains then I took them off. pissed off that I put them on from the very beginning.

I was surprised by the skiing but mostly because I've heard so badly about the Australian mountains. My idea was that it would be in class with icebergs.
I rented skis up on the mountain. The ski was dirty. poorly prepared with scratches and checkout steel edges. but the steel edges you hardly need to use in the slopes. There does not seem to be much ice, although it is very chilling on the slopes.
The backs have the prerequisite to be really good, but it is necessary to have a snow depth of about 1.5m for the fun slopes to be good. It was about 70cm when I was up there.
As I was myself, I do not want to go down the double diamond slopes, there was a lot of stones and trees there and they were completely empty. They otherwise looked quite ok and could easily entertain you for one or two days.

Mt Hotham is not adapted for beginners even though most Australians are. so there will be a lot of traffic in the blue green slopes and around the lifts, but well around black slopes it's ok with people.
Only about 10% of the people were in the black slopes.

They do not prepare all the backs during the night which is very bad for a weekend, so there is very poor quality on some of the slopes that are frequent use.
Because it is often plus degrees there is a lot of slush puppy and moguls in the slopes.

The prices for rent and stay are sick, prices for food are in class with Melbourne.
we stayed 2 nights in a 12 pers cabin it cost about $ 2200 and renting skis and ski passes for 2 days cost about $ 300. It also costs $ 33 per car / day to get access to the area.

If you do not have the roads past Victoria, it's too expensive and not very good. sometimes the service is really bad.
but bearing in mind that I live in Melbourne and the alternative is NZ or Japan, I would like to come back for a weekend. In about a month, however, I hope to take me to the falls creek then it will be a new review. 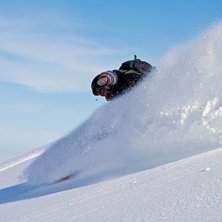 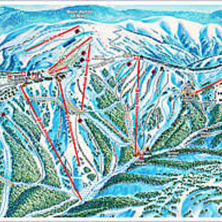