Steamboat is one of Colorado's more popular park rat destinations and sits just west of the continental divide and near the Wyoming border. The city is internationally known for its skiing, and the town has produced more athletes for the Winter Olympics than any other in the United States or Canada.

Anyone flying into Denver can take Interstate 70 west to US 40. Traveling on US 40 allows you to reach the ski area and town from any direction, including from Wyoming. Travelers can also charter flights into Yampa Valley Regional Airport, which is just 22 miles away.

Road trips by car will take you along 157 miles of scenic driving through the Rocky Mountains from Denver. The car ride takes about 3.5 hours to complete.

Steamboat averages 214 inches at mid-mountain, with depths reaching closer to 400 inches at the top. That is an impressive average for resorts east of Utah. For the detail-oriented planker, slope estimates range from 2-percent on the east to 55-percent on the west.

The Alterra Mountain Company has owned the resort since 2017, and a long list of sponsors helps create the capital needed to maintain and improve amenities here. Several condominiums and hotels provide lodging for vacationers and ski bums alike. If you can not find it on the mountain, you will find it in town.

The wide streets of Steamboat harken back to its roots in ranching, and the wide-open help to express both the west and hospitality here. First-time visitors can be overwhelmed by the size of the ski area, so preparing a plan of attack on the mountain is advised.

Steamboat has a wet climate for the region, so it gets lots of precipitation. Skiers and snowboarders get dumped on regularly, with the resort seeing less sunny days than the state average. It can get cold on the mountain, with January's nightly temperatures averaging just below three degrees Fahrenheit.

Internationally Known for a Reason

There is a lot to do in Steamboat. 18 lifts service the ski area, including a gondola. These keep things moving along, even during peak times of the skiing season.

The resort has 2,965 skiable acres. Its terrain has about 14-percent green-ranked trails, leaving 42-percent blue and 44-percent black diamond. New skiers and snowboarders have many class options, but it is reasonable to think that Steamboat caters more towards rippers and shredders.

There are literally hundreds of trails to ski on here, with Why Not reaching over three miles in length. There is a reason that the ski area has hosted the NCAA skiing championships eight times, most recently in 2018.

The base of Steamboat sits at 6,900 feet, with Mt. Werner reaching up to 10,568 feet. Vacationers and park rats both can enjoy the 3,668 foot vertical. Steamboat also has three terrain parks that will challenge both skiers and snowboarders with progressing challenges starting at Lil' Rodeo, then Rabbit Ears, and finally Mavericks with jumps up to 70 feet.

Fredrik Maasing (Guest)
Note! This text has been translated by Google Translate.

Hey! I visited Steamboat this winter and I have to say that it was a very pleasant experience. When we landed with the planet, we were received by man... Read more (71 words)

Steamboat is a completely ok ski resort, but whatever you do, it's most quickly discovered. Most of the off-piste is very accessible but here are very... Read more (119 words)

Tesse
Note! This text has been translated by Google Translate.

Very good woods o pudding. Not as good park as you would expect from American standards. But easy of one of the best pipes available. (the lowest in N... Read more (67 words)

Snowflake
Note! This text has been translated by Google Translate.

Was there the 97 season, very nice nice nice pillows. 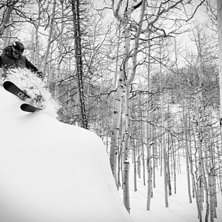 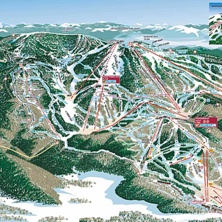