combatspenat
Note! This text has been translated by Google Translate.
Show original

I worked in Sunpeaks as a snowboard instructor during the past season and it was a lot of days really good riding and there was always snow of good quality. Since it may not be the steepest or coolest place to go on is another matter. But with Swedish measurements it's an incredibly good experience 5/5. I really recommend that you go there if you like to go hiking, the big open spaces you want to eat so maybe you'll go elsewhere.

Per_Formance
Note! This text has been translated by Google Translate.
Show original

Sun Peaks was named Tod Mountain for a few years and was run by Canadian explorer Nancy Greene. Her progress in the Olympic slopes of Grenoble we all remember as if it were in., Yes, yes, 1968. Nancy is still there, but new owners have not only renamed the resort but also invested big money in new ski areas, lifts and a newly built small town in classic style.
The resort is located a few miles north of Kamloops. The ride is on three mountains, Tod, Sundance and Morrisey. Good fall height to be in the middle of BC. There is a possibility of offpiste, especially on Mt Tod, but it is still limited in comparison. It has been opened for some cat skiing this year, but has not tested it. The slopes are nothing to complain about, well-prepared and good. Modern lift system and modern small town. You brag about 2,000 hours of sunshine a year, but unfortunately it usually affects snowing, 5 meters per year will not make the resort known as a pillow hole right away. But if it's snowing it's always good.
A little curiosity can be seen in Heffley Creek, which is on the way up to the Sun Peaks. Here is the only "Peak Performance Gas" that I have seen. Take care to refuel fashionable gasoline.
In summary, a good family-run place with lots of sunshine and nice pistes, well worth a visit if you're in the vicinity, especially if it's snowing. There are hostels, www.sunpeakshostel.com, with cheap accommodation.
For those who are generally interested in hostels in BC, there are two links; www.samesun.ca and www.hihostels.ca. 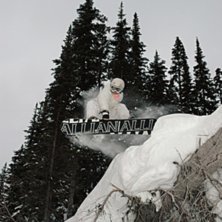 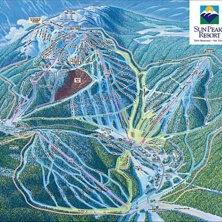