Snow depth
1274 m
384 m
103 cm
Mentioning Åre usually brings up a variety of different associations. The Alpine World Cup in 2007, international jib contests, SkiStar Snow Parks, intense conferences or fun winter holiday sports camps. Åre is the skiing capital of Sweden and is not facing any major competition in that area. Many tourists often look at Åre as a mini Whistler.

Åre is not a new holiday destination. As early as the 1100s, thousands of pilgrims from all over Europe visited the village during their journey to the grave of St. Olav in Nidaros, nowadays known as Trondheim. In 1910, Åre Bergbana was opened. This is a railway and Åre's first transport to the mountain. Åre keeps attracting people year after year and the interest just keeps growing. It is one of the most visited winter destinations in the Nordic region. The ski area reaches from Duved, located in the west, through Åre to Åre Björnen in the east.

Kim (Guest)
Note! This text has been translated by Google Translate.
Show original

5 trips in 8 years, by far the best in Sweden. If you do not want to be crowded, take the bus over to Tegefjäll ..
Is here now during the low season and has been in line for about 5 minutes in 4 days in Tegefjäll while you have to wait 15 minutes for the gondola to the top in the high zone ..

Anonym (Guest)
Note! This text has been translated by Google Translate.
Show original

It is a great ski resort the slopes are perfect. Forget all the other places such as the clapper, idre, the seal. GO TO ÅRE. Åre has the most lifts in all of Sweden, so why not book today. Yes, oars are a bit of a drive but it's worth it one hundred percent. You can take a night train (hop on the train, wake up to nice weather and perfect slopes) So my opinion is that Åre is the best ski resort in Sweden.

Åre is fantastic if the snow is there and good weather is allowed. Then it is a ski resort that is better than many in the Alps. In bad weather it is not very fun because the boat is often kept closed then but there are still many awesome slopes in the low zone For example Lundsrappet - World Class, Slalombacken - Awesome if it is new piste.
If there is not much snow in Åre, the slopes are still good because they have skilled slopes that do not pull up the ground below (as some unskilled slopes do in other places). On the other hand, the off-piste is not the best, so if you want to take a turn in the lodge or the back, you have to be careful of the skis. When the snow is there, the off-piste is cruel, the back, eastern ravine, bibbos steep.
There are plenty of children's areas in Åre, I myself learned to ski in Björnen. A cozy children's area with nice bear country and a small square (perfect for children between 2-8) In the red hill there is also skiing for children but also in Duved and Tegefjäll. In Duved there is a really lovely ravine that offers cruel off-piste if the snow is there. If it is sparse with snow, it is nothing except for those who want to break their steel edges.
Restaurants, I recommend Wersen's cellar one evening, you get a large hot stone on which you fry your own meat. If you want to have lunch on the slopes, I recommend the log cabin and 720 above Bräcke and rautjoxa in the red hill. Also Kastrullen in Björnen and Buustamon. Åre is known for its high prices, so the best thing is to buy sausages or burgers and grill at one of the exposed barbecue areas in the town.
If you get the opportunity and the weather allows, I recommend taking the scooter up to the top from the gondola's top station. If there is a long queue or it is cold, you can just as easily get up and throw the skis on your shoulder. Then you get the heat and can boast that you have been at 1420 meters above sea level. From here you can go down the same road as you came or go down the back where there is a nice and simple off-piste. Take the opportunity to take one or two waffles on the top cabin.
If the weather is completely incapable, take the opportunity to take a day or a half at the bathhouse at Åre Holiday Club. There are relaxing hot tubs and fun slides for children and adults of all ages. Also an outdoor pool where you can swim out and roll in the snow.
Do not forget to visit Åre Chokladfabrik here, there is good chocolate that you can also see when it is made. Have not been to Åre in a year now but saw that a Trampoline Land had been opened, it is certainly something that can be appreciated by the children.
If you are interested in cross-country skiing, there are okay trails in Björnen, not world class but better than nothing.

Best in Sweden if you look at the whole thing with other pleasures than skiing and good shopping and restaurants.

åreärbäst (Guest)
Note! This text has been translated by Google Translate.
Show original

vapendragarn163
Note! This text has been translated by Google Translate.
Show original

perfect slopes, recommend going down the back if there is a lot of snow.

The best in the Nordics and Sweden's all-real ski resort. Been here about 13 times and this is where I learned to ski. Awesome slopes for all levels, good off-piste, nice après ski, good parks, large so that even though there are a lot of people there is a large selection of slopes with fewer skiers in. Every time I have been in Åre I have been able to go up to the top and it has rarely been bad weather. It is more expensive than in many other places in Sweden but it is worth it and you get what you pay for as long as the weather is good. Lundsrappet and Slalombacken are my favorite slopes are really recommended. Go to Åre if you are interested in good skiing.

Danne (Guest)
Note! This text has been translated by Google Translate.
Show original

Are, certainly great. I do not know.Every time I have been there it has blown a lot, so the top was nothing to think about. Expensive.

What does it take with a car from sthlm? How many hours does it take to fly from Skavsta to Barcelona and then a few hours bus to Andorra? Compare sun hours, prices etc.

adam (Guest)
Note! This text has been translated by Google Translate.
Show original 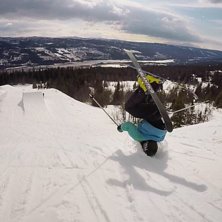 Åre is open for season. 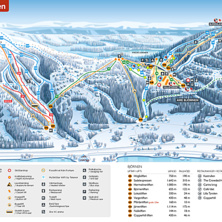